What's on your mind?

At certain points of the game Leon and Claire are hunted by the mysterious Tyrant, or Mr. X as he's sometimes referred to. This hulking great mutant is an unstoppable force, literally, and will shrug off gunfire and explosive damage alike. So your only option is to run away, weaving in and out of rooms to get around him. But one thing the game doesn't tell you is that the Tyrant will head towards any gunfire he hears. So if you're shooting at zombies, he'll start heading in your direction. This adds an extra layer of tactics (and tension) to the game, because it's often worth just running past zombies rather than alerting the Tyrant to your current location. If you are ever cornered by him, a thrown flashbang grenade will blind him for a few precious seconds. 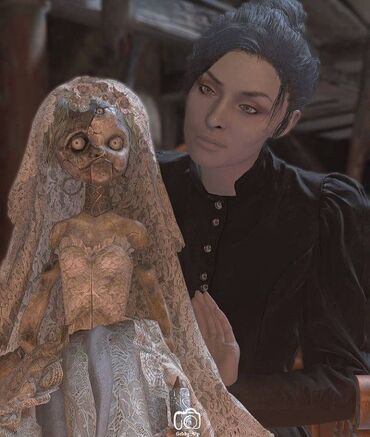 Donna Beneviento she should have gotten more scree 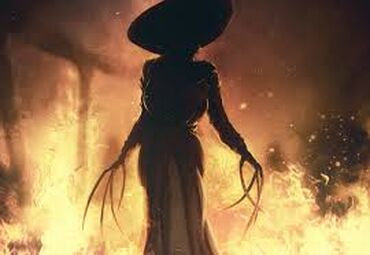 Lady Dimitrescu i know she will win alot of fans l 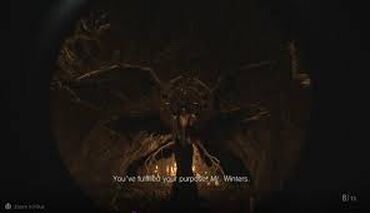 Mother Miranda the one who will make mutants to vo 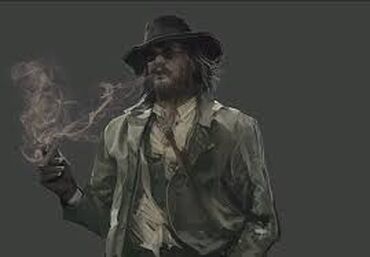 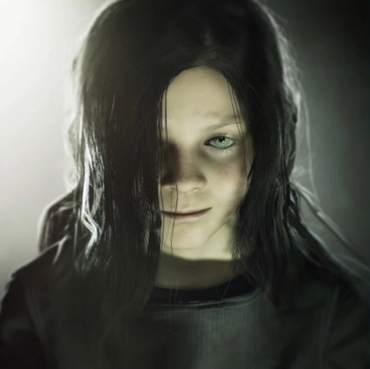 Getting infected by Eveline 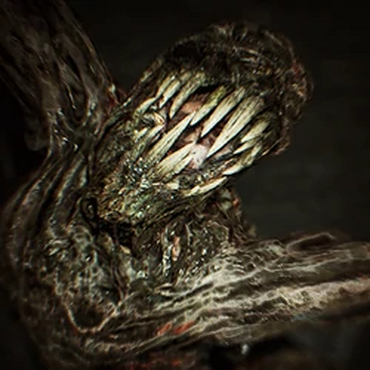 Bitten by the Molded 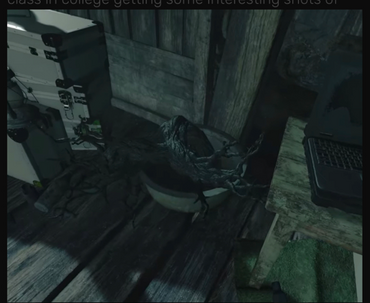 Accidentally touching a Mold Root in the Village 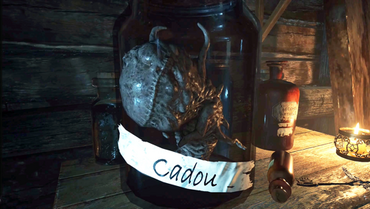 Getting a Cadou parasite by Miranda

Perhaps it's too late to realize that, but the first name of Lady Alcina Dimitrescu isn't a reference to Alcina, an opera from Georg Friedrich Haendel staging in particular the eponymous character ?

Taking into account the fact that the two "Alcina" are represented as powerful, cruel and sublime women going beyond the simple status of "human" and living in castles "defying the laws of architecture", I can't help myself to see similarities.

I also note that both have more or less people as hostages in their territory: men subjected to her charm and changed into different entities for the enchantress and maid-cattle for the Lady.

The sister Morgana of Handel's "Alcina" also has a little trait that I can't help but link to at least one of Dimitrescu's daughters : a kind of naive and strange "romanticism" which we find in particular in certain sentences of Daniela during her fight.

Perhaps this is over interpretation, but in my opinion there is a little inspiration from this opera in the creation of the character of Dimitrescu, at least the first name.

Resident Evil Village's murder doll, bug girls, and werewolves aren’t half as terrifying as an empty room filled with my own existential dread.

If one looks at Rose in the beginning of the game and then at the jars she’s supposedly kept in, one could determine these jars are too small. That head alone shouldn’t fit in these jars. It’s never really determined if her body really was split into four or not. It could have been a lie and maybe it was just the essence of these body parts that was extracted, like blood, or some other fluids.

The best death in the movie (by a landslide) isn't even a human's. Once the Licker comes in and uses its tongue to rip Chief Irons from the ground, the audience knows that this thing will either kill or be killed. Were it not for Lisa Trevor, the result would almost certainly be the former. Claire and Leon are very nearly slaughtered, but the tortured Lisa Trevor leaps on the thing's back, then she strangles it, and knocks the lower half of its jaw from the rest of its exposed-brain noggin. 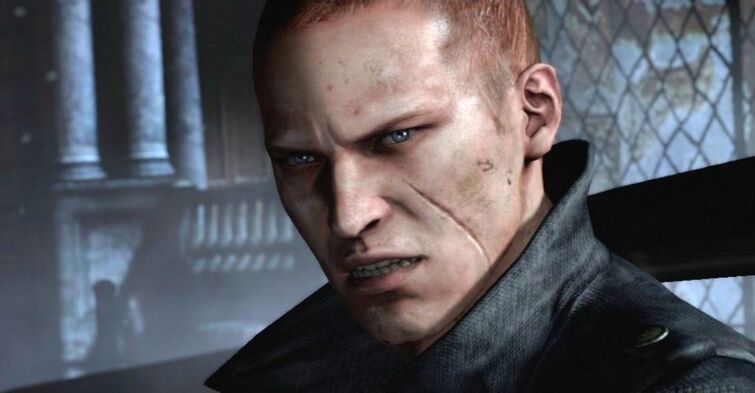 Talk about disappointing sons of legendary fathers. The illegitimate child of Albert Wesker taking on the role of a playable protagonist should have been a home run for Resident Evil, but Jake Muller was anything but. His gruff, tortured aesthetic fell completely flat, his edgy attitude did little more than make him an unbearable presence, and the fact that he was involved in some of RE6’s most hilariously over-the-top Michael Bay action sequences only made series fans dislike him even more. 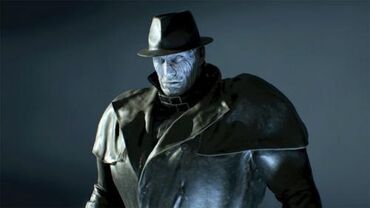 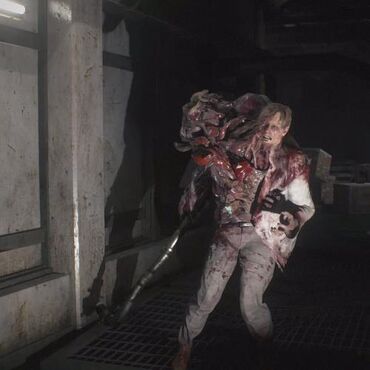 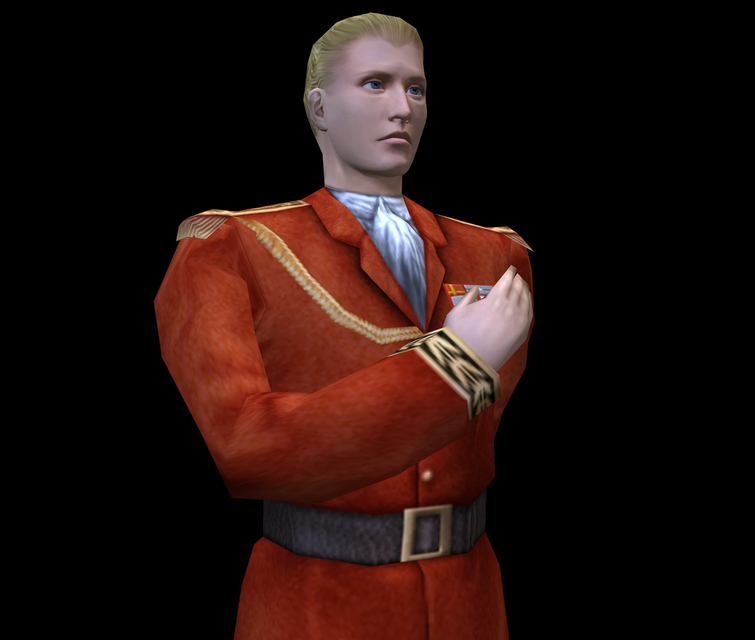 Code Veronica was where Resident Evil started going all in on its goofy, campy tone, and very few characters in the game personify that as well as Alfred Ashford. Except maybe he takes things a bit too far. His weird split personality does nothing to simplify a plot that’s already needlessly complicated, his relationship with his sister is just downright weird, and like so, so many other bad Resident Evil characters, he’s dragged down by terrible, annoying voice acting. Definitely one of the worst villains we’ve ever seen in this franchise. 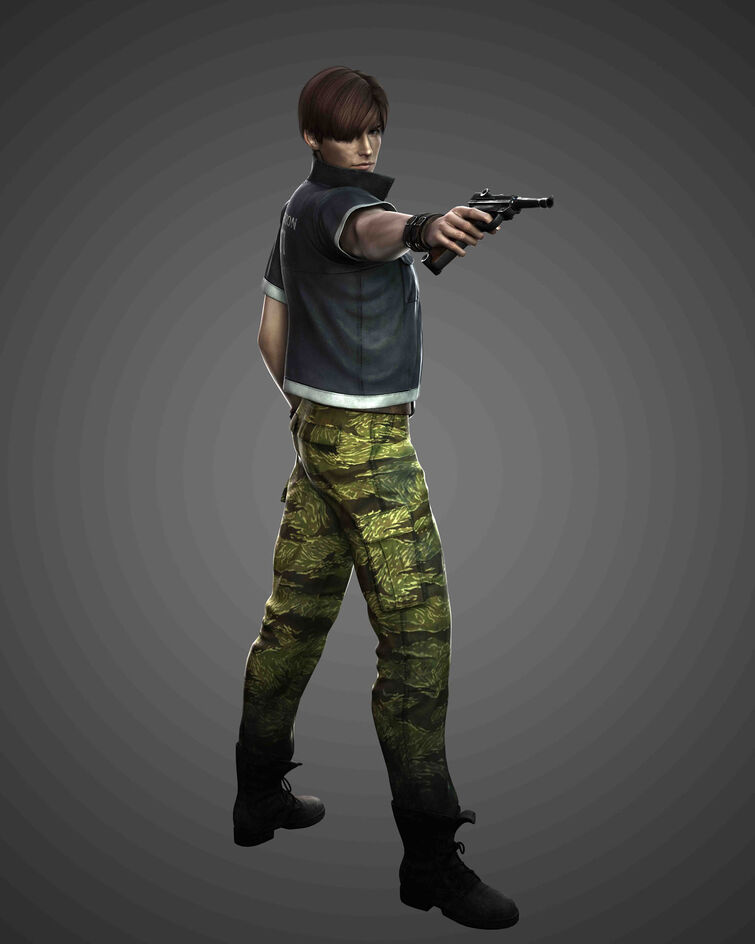 Oh, Steve. At least you’re #1 in some way. Surely the most obvious pick for the top spot in a ick such as this, Steve Burnside is easily the most annoying character in Resident Evil, and perhaps even one of the worst characters in any video game ever. From an annoying personality to terrible voice acting, from a relationship with Claire Redfield that is never properly sold to multiple instances of unbelievable stupidity throughout the story, Steve goes out of his way throughout the game to make the player hate him. If Code Veronica ever gets remade, Steve would probably need a complete and total overhaul. 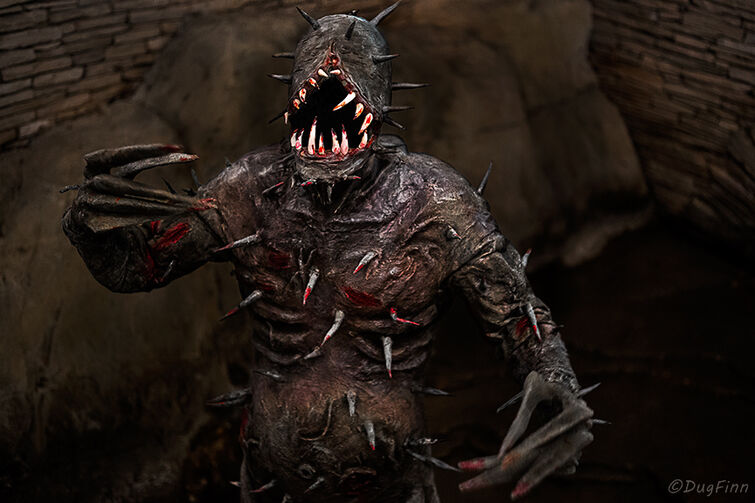 The Regenerators and Iron Maidens could easily have been number one on our list because we can’t think of one thing we don’t dislike about them. Is it the chilling piece of music that echoes and sounds like someone struggling to breathe when they appear? Is it the sinister grinning face of the Regenerator that makes you want to cower, or the mangled wreckage that is the Iron Maiden’s face? The fact they can keep coming back if not dealt with properly? Or their ability to take damage, and still pounce at you to inflict damage?

We’ve copped out slightly by including both, but they are both very similar enemy-types with the Iron Maiden differing thanks to its spikey body attack. We hate them…equally. 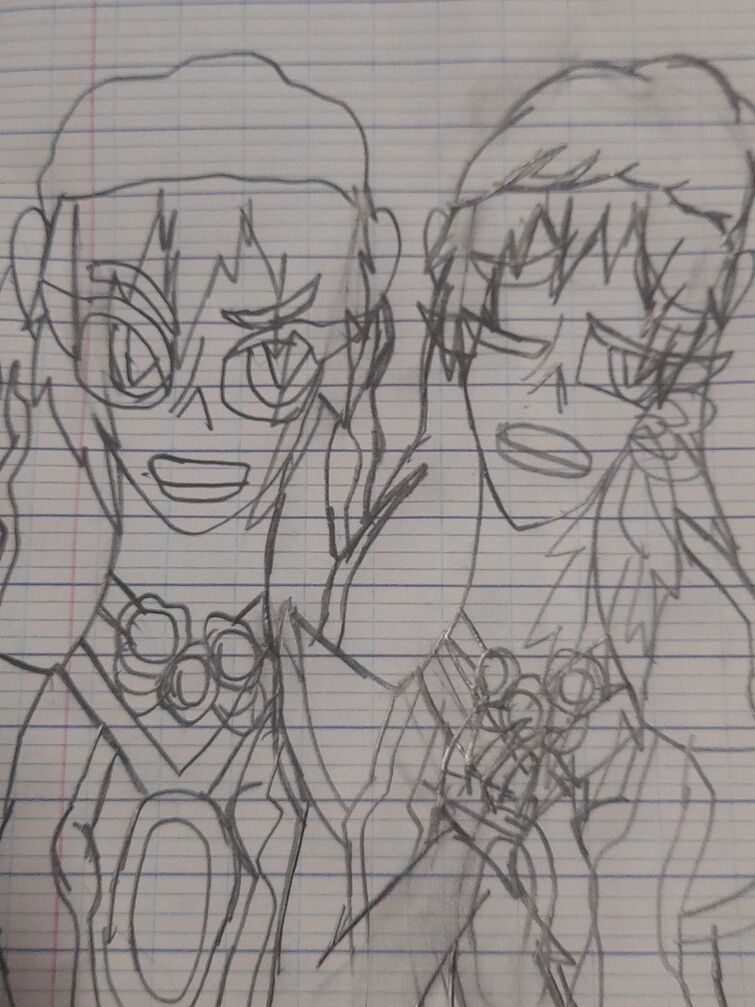 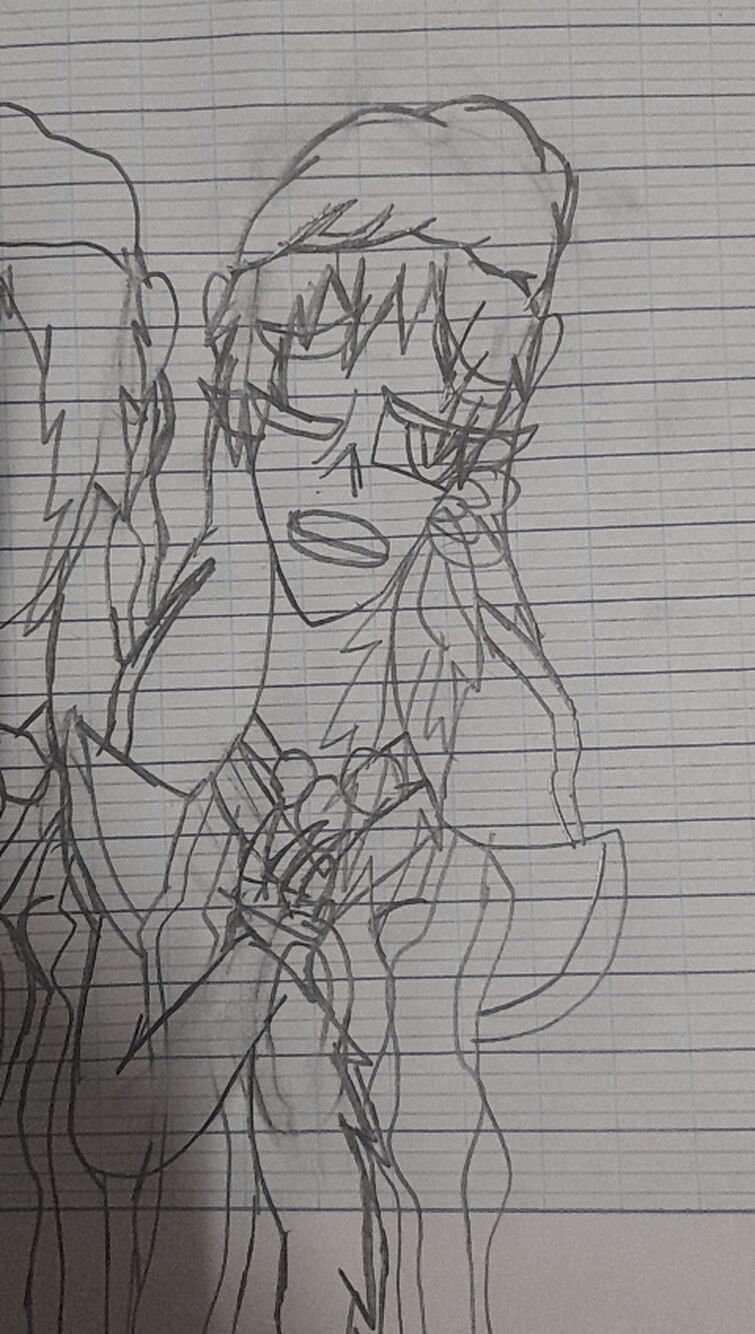 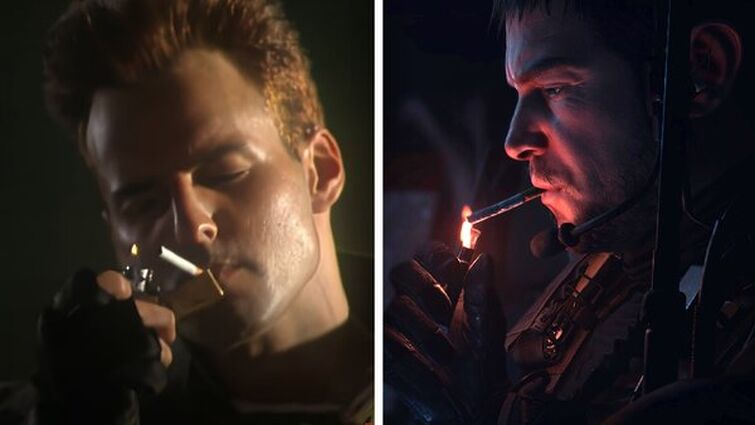 In the year 2021, smoking isn't really something people do as much as they did way back in the ye olde 90s. You know, back before the internet and DVDs. So a character smoking might feel a little out of place, but when Chris lights one up, it is actually a neat callback.

Another thing that was different back in the 90s, was what you could get away with showing in games and film. For better or worse the rules on certain things have been totally relaxed, whilst in other areas, it has gone the other way.

One thing that was a big no, no back then was showing characters smoking and this lead to it being cut from Resident Evil in 1996. Because you know, it was ok to have people being eaten by zombies, but not smocking. In the original live-action character intros, each member of S.TA.R.S gets a moment to pose and look cool, but Chris had his cut short. And why? Well, because he lit a cigarette, so now seeing digital Chris finally enjoy a quiet smoke 25 years later feels long overdue.

One popular evil villain method, particularly if you've written yourself into a corner by making a villain whom would normally not tolerate any pesky heroes traipsing all over their turf, making the audience wonder why they haven't just killed the little goody two shoes yet, is having the villain use the hero as an unwitting pawn in their grander scheme. Resident Evil Village does this with its titular villain, Mother Miranda, who can shapeshift at will and thus likes to use this ability to help guide people along on the paths she needs them to be on for her master plans. For example, Mother Miranda turns out to be the creepy old lady that protagonist Ethan Winters keeps running into, who keeps subtly sending him on specific trails and paths that of course are exactly what Mother Miranda wants him to do in order to complete her plans. Just a shame that doing so leads Ethan to killing the rest of her little family, but hey, details.