Ada Chapter 1 is the opening chapter to Ada Story in Resident Evil 6. Receiving a message from someone who claims to be Derek C. Simmons, Ada breaks into a mysterious submarine where she finds information about Jake Muller — and herself.

Ada Wong is a renown agent in the criminal underworld. During a mission, she finds a cube-shaped glass phone ringing on a desk. Answering the call, she finds Derek C. Simmons, the American National Security Advisor, on the other side. He offers her a mission to a submarine, but she refuses in spite of his ominous remarks.

Curiosity piqued, Ada goes ahead and dives down to the submarine. There she receives another call, with Simmons revealing its security system has been set up match her fingerprints, then claiming to have more than just her fingerprints on file. The submarine is controlled by mutant humans rather than a US Navy crew. Ada finds information regarding a mission she was given six months earlier to capture Jake Muller in Edonia. However, she never took part in that mission and does not recall ever being offered it. She presumes someone else did the mission in her place.

Forced to evacuate the submarine as it begins sinking, Ada receives another message, suggesting the mission from six months ago is part of a larger puzzle, and how Neo Umbrella will launch bioterror attacks in the US and then China. China decides to investigate Simmons directly, and escapes within a torpedo. 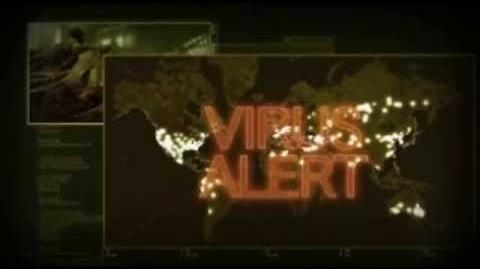 Retrieved from "https://residentevil.fandom.com/wiki/Ada_Chapter_1?oldid=855525"
Community content is available under CC-BY-SA unless otherwise noted.