The "Agent" is the optional player co-op partner of Ada Wong in Resident Evil 6, who was released in a free update for the game on December 17, 2012. Nothing is known about Agent as a character due to him being only in the game for cooperative purposes.

Although Agent was within the game data upon release, he was not fully implemented into the game until the December title update for Resident Evil 6. Prior to his release, Agent was playable by modding the game disc to unlock him as a playable character.

Agent will start with the Nine-Oh-Nine and the Survival Knife. Since Agent is Ada's co-op partner, only the joining player can play as Agent, he is not selectable otherwise.

Agent finds his weapons while progressing through the story like any other playable character and will be able to use all of the weapons found on following playthroughs.

During Ada's story cross-play sections, Agent will appear with the character who is partnerless for the segment. During the beginning of Chapter 5 of Ada's Campaign, Agent sits in the co-pilot seat of the helicopter and can fire his own gatling gun, the missiles are shared by both players, however the main camera is controlled by the leading player so in order to control Agent's aiming one must press the respective aim button to take aim to choose their own main direction.

"Agent" comes equipped with the following loadouts in these game modes: 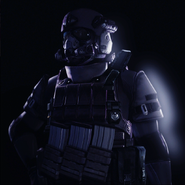 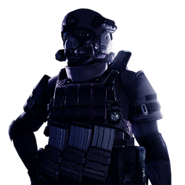 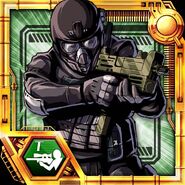 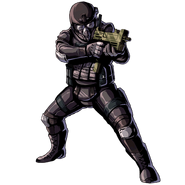 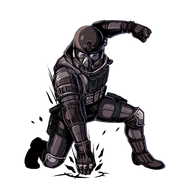