The Culture tank room passage (培養槽の部屋への通路, Baiyō-sō no heya e no tsūro?)[1] is an area of the Arklay Laboratory.

The passage from the elevator leads to the Culture tank room. In the remake, the passage is composed of steaming pipes all around the wall.

In the original Resident Evil for either Chris or Jill, they will encounter Wesker who was standing in front of the Culture tank room door while aiming his gun. As Chris, if Rebecca was saved, Wesker will shoot Rebecca, and regardless of the scenario proceeds to bluntly "invite" Chris via gunpoint to see something. As Jill however, Barry, under Wesker's influence, will threaten her (with it being revealed that Wesker had earlier forced Barry into cooperating with him by threatening his family, allegedly under Umbrella's orders), and depending on the player's actions earlier and the resulting scenario, will either leave on Wesker's orders, leaving her no choice but to follow Wesker into the Culture tank room, or ambush and knock Wesker out from behind just as the latter was to force her via gunpoint into the chamber, and then decide with Jill to enter the chamber to destroy the Tyrant before it could be completed. After beating the tyrant inside the Culture tank room as Chris, he was surprised by Rebecca who was shot early on by Wesker. She later explained that the bulletproof had save her life. The two would make their way back into the Power chamber passage. Upon completing it as Jill, if Barry was with her, they will wonder where Wesker went, only to hear the self-destruct alarm activating, implying that while they were fighting the Tyrant, Wesker snuck off and set the self-destruct system.

In the remake as Chris, player can find a shotgun shell on the left side of the wall upon entry from the elevator, with the confrontation with Wesker instead being moved to the culture tank room proper. 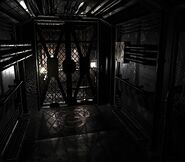 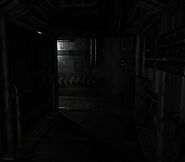 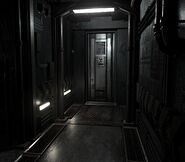 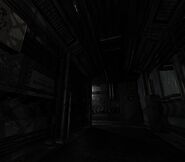 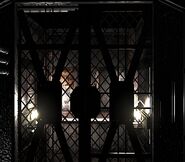 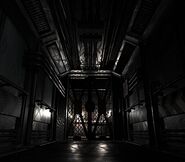 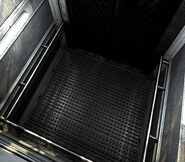 Retrieved from "https://residentevil.fandom.com/wiki/Arklay_Laboratory/Culture_tank_room_passage?oldid=841853"
Community content is available under CC-BY-SA unless otherwise noted.