BIOHAZARD 2 ReMIX ~met@morPhoses~ is a techno music album that was released in first released in April 1999. The album was remixed by Japanese DJ Piston Nishikawa (ピストン西沢). It had a catalogue number of CPCA-1001.[1] As well as the CD-version, an LP vinyl was also produced.[2]

The ReMIX album was produced to advertise Resident Evil 2's DualShock re-release. In a special deal with the Shibuya night club, "Club Fura", the record was to play at 02:22 every morning between 20 April and 19 May 1999.[3]

A CD version was released after the first night in limited circulation. Another album released at the time of the event, BIOHAZARD 2 ReMIX Sample CD with other Suleputer samples, came with vouchers that gave a 700 Yen discount for entry to the club. 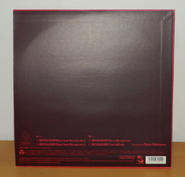 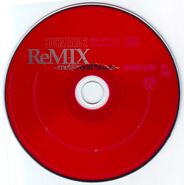