BIOHAZARD 2 REVELATIONS X Monster Hunting Quest was a collaboration between Resident Evil: Revelations 2 and the Japan-exclusive mobile game Monster Hunting Quest (モンハン 大狩猟クエスト), also distributed by Capcom. During the event, Claire, Moira, Barry and Natalia were obtainable as cards in the game.

Players who logged into the game during the event's period also earned one-day use items per day, the event ran between July 2, 2015 through July 16, 2015. 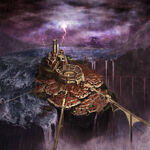 Retrieved from "https://residentevil.fandom.com/wiki/BIOHAZARD_REVELATIONS_2_X_Monster_Hunting_Quest?oldid=660162"
Community content is available under CC-BY-SA unless otherwise noted.