View source
watch 02:40
World of Warcraft: Dragonflight - The Loop
Do you like this video?
Play Sound
Real World article
(Written from a Production point of view)

BIOHAZARD Rose Blank (BIOHAZARD ローズ・ブランク, Baiohazādo Rōzu buranku?) is a novel written by Tadashi Aizawa, and first published in 2002 as a "Gold" winning entry in the 2001 Capcom Official Biohazard Novel Award (カプコン公認バイオハザード小説大賞, Kapukon kōnin baiohazādo shōsetsu taishō?) competition. While no official English translation has been published yet, a German translation was published in 2006 and an English fan translation was published by Crimson Head Elder. The German localization inserted an "8" into the cover design to tie-in to the S.D. Perry novel series.

Emily Ran is a scientist employed at Umbrella's Antibiotic Immunization Laboratory (アンブレラ免疫抗生研究所) in the mountains of Guatemala. She investigates Alma Hartline, a female survivor of the Raccoon City Destruction Incident who has become a t-Virus carrier, but not succumbed to the virus. Refusing to test on live animals, Emily and a team of researchers make it their duty to develop a vaccine by first developing a digital model with high-tech VR equipment. Alma herself is hooked up into the VR machine and kept safe in a tank, but continues to remember her experiences in Raccoon City over again.

Umbrella does not appreciate Ran's research and, after Ran refuses to meet with Richard Fuchs, an apparent journalist, the facility experiences equipment malfunctions and a power failure. Ran expects the worst, and discovers that Umbrella has triggered a biohazard at the institute to prevent them succeeding in their operation. The cause is discovered to be an infected carcass of a skinned cow, which was casually dumped into the water supply. The resulting spread transforms a number of researchers into zombies.

Emily survives the incident, along with Richard, who is revealed to be an agent of an environmental organization opposed to Umbrella. He himself has nothing to do with the attack, and was simply tasked with retrieving a sample of the vaccine. 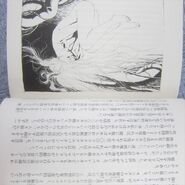 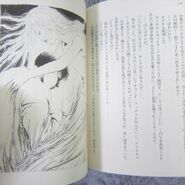 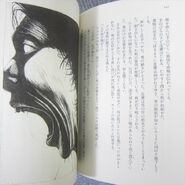