BIO HAZARD DRAMA ALBUM ~The Doomed Raccoon City~ VOL.1 (運命のラクーンシティ, Ummei no rakūn-shiti?) is a radioplay which aired in December 1997, listened to on both Nippon Cultural Broadcasting and Radio Osaka in four parts on the show "Satake and Hayashibara's Lawless School" (佐竹・林原の無法塾). It was later released on CD-ROM on 21 February 1998. This play served as a means of advertising the upcoming 1998 game, Resident Evil 2. The story was written by Resident Evil 2 writer Noboru Sugimura, who worked alongside fellow tokusatsu drama writers Shōzō Uehara, Junichi Miyashita, Susumu Takaku and Hirohisa Soda.

With the success of BIO HAZARD ~The Tragedy of Makoba Village~ SOUND DRAMA, which aired on the Gamer's Paradise show from May-June 1997, Capcom and Flagship made plans to promote Resident Evil 2 with a 32-part prequel story. Rather than cover a 32-part epic, Flagship devised a three-part anthology series, with the eight-episode first part - Volume 1 - being set immediately before the t-Virus contaminates the water supply. Volume 1 aired on Satake and Hayashibara's Lawless School, which had a weekly block at 21:30-22:00 on Tuesday nights.[1] 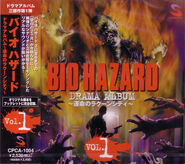 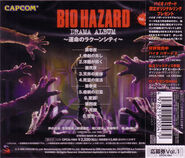 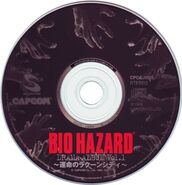 Retrieved from "https://residentevil.fandom.com/wiki/BIO_HAZARD_DRAMA_ALBUM_~The_Doomed_Raccoon_City~_VOL.1?oldid=874748"
Community content is available under CC-BY-SA unless otherwise noted.