BIO HAZARD SYMPHONY Op. 91: CRIME AND PUNISHMENT is the album covering music from Resident Evil: The Director's Cut, which featured a new score in place of the original game's music. The score is accredited to Japanese composer Mamoru Samuragouchi, though it was actually written instead by his ghostwriter, Takashi Niigaki.[2]

The first disc contains the complete score while the second contains sound effects and voice clips from the game. Some of the tracks featured on the album were scrapped from the final game.

All music composed by Mamoru Samuragouchi. 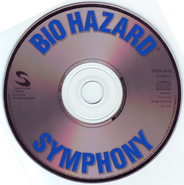 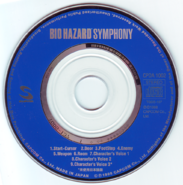 Retrieved from "https://residentevil.fandom.com/wiki/BIO_HAZARD_SYMPHONY_Op._91:_CRIME_AND_PUNISHMENT?oldid=823045"
Community content is available under CC-BY-SA unless otherwise noted.