BIO HAZARD Trial Version (バイオ ハザード体験版, Baio Hazādo Taikenban?) is the name of one of the trial versions of the first Resident Evil game. It was released in 1996, shortly before the release of the finished title in Japan. The game build itself is dated as the January 15 (1996-01-15) build.

One of the features that was removed after the Trial Edition's build version were the bloody messages marked on the Spencer Mansion's walls. In the style of the Keeper's Diary, the Japanese is incomplete. The full text should be: "Painful, can't breath... Someone end the suffering..." (苦しい、 息が詰まる... 誰かこの苦しみをとめて..., Kurushī, iki ga tsumaru... Dare ka kono kurushimi o tomete...?). Instead, "can't breath" (息が詰まる, iki ga tsumaru?) has been cut and only "breath" (息が, iki ga?) is left, with the "ga" particle still indicating a hole in the sentence. 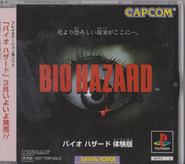 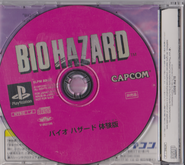 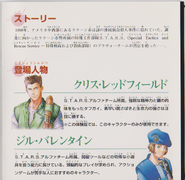