2001
BIO HAZARD ZOMBIE SHOOTER is a 2001 mobile phone game based on the Resident Evil series. It is a puzzle/action game released along with BIOHAZARD i SURVIVOR and Biohazard Zombie Buster for Java-based phones.

Later, from September 2004 onwards, it was sold as part of a subscription to 'Capcom Party' at ¥350 per month for i-mode and ¥300 per month for EZweb. It was sold along with BIOHAZARD ASSAULT THE NIGHTMARE and Biohazard confidential report. 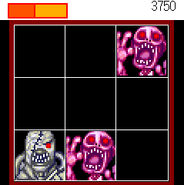 Retrieved from "https://residentevil.fandom.com/wiki/BIO_HAZARD_ZOMBIE_SHOOTER?oldid=754965"
Community content is available under CC-BY-SA unless otherwise noted.