BIO HAZARD ~Makoba Village Tragedy~ SOUND DRAMA (バイオハザード ～マコバヴィレッジの惨劇～, Baiohazādo ~ makoba virejji no sangeki ~ ?) is a 1997 radio play. Broadcast on TBS Radio soon after the release of Resident Evil: Director's Cut, Sony Records released a CD version on 31 December the same year, with a catalogue of SRCL-4181.[2][3] This radio play differs from the later ones in that the story was written by anime screenwriter Sadayuki Murai, rather than Resident Evil 2 writer Noboru Sugimura or his colleagues that would form Flagship.

A full, fan-translated script can be read here.

It is July 1998, and a series of bizarre murders around Raccoon City have forced S.T.A.R.S. officer Jill Valentine to cancel her vacation in Los Angeles. While driving along the freeway heading through the Arklay Mountains, an out-of-control truck collides with her car before bursting into flames. The driver warns her to stay away from Makoba Village, warning of a curse, and dies. Jill notices he may not have died from injuries relating to the crash, but instead from being mauled from some unknown attacker. Without a car and 40km deep in the mountains, Jill has no choice but to head out in search of the nearest village for assistance. Crossing a ravine, Jill finds herself in Makoba, which she notes as being dilapidated and inexplicably antiquated. Soon she meets two children, Toby and Lorraine, but they are scared by her.

Attending a Funeral in the Village

The Reverend Harvey Simmons is conducting a funeral at the church for three villagers, but is interrupted by Regan on the arrival of Jill. The villagers are immediately suspicious of her arrival, being an isolationist settlement. Jill has no luck getting answers from the two children, who run inside when their mother, Sarah calls. Soon Jill is accosted by the villagers, but when she tells them she is just looking for help they direct her to a police phone booth. While calling the S.T.A.R.S. office, Jill is watched by a local man, Robert Blakerson, who suddenly begins gnawing on the cable. When Jill gets a closer look at him, she sees he is suffering from gangrene and, threatened by him, shoots him repeatedly. While checking his wallet, he gets up and bites her, only to be killed by Simmons himself.

Jill wakes up in the church, having been treated by Simmons. As the truck driver had done so, he warns her of a curse on the town, but is interrupted before he can explain more. Wilson arrives, having been instructed by the village chief to prepare another two funerals. There are concerns about the upcoming Feast of Saint Harvos, and because of this the village chief believes Jill should not be allowed to leave until it is concluded to avoid outside interference. Jill heads outside, where she finds the bridge has been destroyed on the chief's orders, and she can no longer cross the ravine to the freeway. Simmons pleads on her behalf, but it is too much a risk owing to a calamity that befell the village some 70 years ago. To keep Jill from escaping through the woods, several villagers take up arms, but soon begin fighting with a group of Zombies, of whom Regan is one.

Meanwhile, Toby and Lorraine talk with Sarah about their father. Sarah is a Christian while her husband worships Saint Harvos, and while she wants nothing to do with the village remains there because she loves him. Lorraine herself is a believer, and is slapped for saying Saint Harvos will save them.

In the face of increasing Zombie numbers, Jill, Simmons, the village chief, Curtis and Wilson each head into the church. Low on ammunition and with Zombies close by, they are forced to lock out the other villagers and prioritise fortifying the building. With everyone splitting up, Jill conducts a search of an office. At a desk she finds an old newspaper article from 1924, detailing Raccoon University professor Simmons' discovery of a Satanic cult in the region which takes part in a ritual known as the Feast of Saint Harvos every four years. Her investigation of the desk triggers a trap door, and she goes down the ladder to investigate.

Meanwhile, Sarah is becoming increasingly concerned about her husband's absence while the Zombies amass outside. She has the children hide in a closet until she says otherwise, including if their father turns up. Soon after, the window smashes and a Zombie attacks her.

Corpse in the Dungeon

Down the ladder, Jill finds herself in a crypt. The crypt resembles a medieval torture room, with a small window looking out of the cliff-side. When Simmons finds her on the other side of a door, he deduces she was in the office and read the newspaper. With no need to hide that information from her anymore, he talks about the recent events in the village, how people a few days ago have lapsed in and out of sanity, losing more of their humanity each lapse. While some were against it, the more practically minded village chief had discussed armed retaliation to get rid of the attackers, who he dubs Zombies. Simmons describes his connection to the village, how he became obsessed with the cultists after reading on his great-grandfather's discovery in a newspaper article, and being a cleric felt compelled to save them at the expense of his freedom. He has been living in the village since 1993. Simmons apologises for Jill's situation, and leaves her the crypt to sleep in while he heads back upstairs.

Meanwhile, Sarah has shaken off her attacker, but is seriously injured. She instructs the children to flee from the closet should she die, grab the boat hidden in the yard and abandon the village without her.

In the early hours of the morning, Jill wakes up and heads back up to the church. The building is eerily quiet, but soon she finds the body of Curtis, covered in bite marks, and takes his shotgun from him. Elsewhere she finds the village chief, who after studying the cult's teachings has concluded the Zombies are the result of a ceremony twenty-four villagers took part in. While he cannot divulge the ceremony's teachings, he knows that as a participant he will inevitably become a Zombie as well, and shoots himself.

Back in the closet, Toby and Lorraine have stopped hearing their mother, who has since died. They are too scared to leave and expose themselves, even as a survivor enters the room. The woman however is soon attacked by a Zombie - perhaps the one from before - and killed.

Alerted to the gunshot, Simmons comes in to find the chief dead. He tells Jill he hadn't even seen the other survivors since he left the crypt, which convinces Jill there must be a Zombie on the loose and the church has been breached. Unable to defend the church, she makes plans to rig a timed petrol bomb by siphoning fuel from a tractor outside. She sends Simmons to collect Wilson with orders to hide in the crypt from the explosion. Soon Jill returns with fuel, and while collecting shotgun shells from the back room, hears the children hiding in the closet. They tell her of the boat, hidden in a tunnel in the yard, confusing Jill as Simmons hadn't told her of it. Wilson arrives, announcing the same discovery as the village chief and which Lorraine herself has heard talk of before - that the people who participated in the ceremony were changed. He quickly describes how they went into Raccoon Forest to gather Green Herbs and snakes for their ritual and, during their trek, took note of an unusual variety of snake and drank on its blood in the ceremony. The Zombies, he concludes, are not a curse but a sign of their pact with Saint Harvos and that they are saved. As he leaves the room, he is swiftly killed by an unseen foe. Simmons enters right after, where it is revealed he is the father of Toby and Lorraine.

Simmons is more carefree than he was the previous day, and talks about his part once more. Now, however, he admits he went to the village following a crisis of faith and, using his great-grandfather's knowledge of the cult, was welcomed by the villagers as a Satanic priest. Sarah and the children were effectively his prisoners, who he hoped to convert. From his admittance, Jill realises the more disturbing truth - Simmons was part of the ceremony as well and drank from the snake, and in his lapse of sanity, he was also the one who killed Curtis. Simmons admits it all, and boasts the power he felt doing it while he begins to mutate into something other than a Zombie. With the last few bullets of Jill's handgun doing nothing, Simmons totally ignores her and tries to get his children to drink from the snake blood as well. Changing to the shotgun, Jill is able to mortally wound Simmons to his surprise, and he quickly falls dead.

With the rest of the Zombie villagers finally breaking into the church, Jill and the children are out of time and they only have so long before the bomb goes off. They run into the yard and down into the tunnel leading to the ravine where the boat lays hidden. The church soon explodes, incinerating the Zombies as planned. Jill, Toby and Lorraine take the boat downstream to Raccoon City. In the morning, the Army blockades the village amidst an investigation rumoured to involve a private company.

Over the course of 1997, Capcom responded to the long-term delay of Resident Evil 2 by focusing on new promotions and releases to maintain fan interest in the emerging franchise. With July and September came the novella, BIOHAZARD THE BEGINNING - sold in a book alongside the Sega Saturn port - followed by the Director's Cut re-release on PlayStation. Following these came a series of radio plays that would bridge the gap between Resident Evil and Resident Evil 2, with the first being Makoba Village Tragedy to serve as a prequel to Resident Evil from Jill's perspective. The exact date it aired is uncertain, but it is known it featured on the TBS Radio programme Gamer's Paradise - Rumi and Marina "Nock is Useless" (ゲーマーズパラダイス 留美とまりなのノックは無用, gēmāzu paradaisu Rumi to Marina no nokkuhamuyō?), which had a Monday 1:30 am time slot and was hosted by Rumi Kasahara and Marina Ohno.[4] 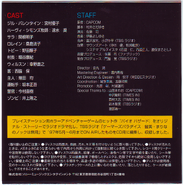 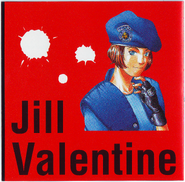 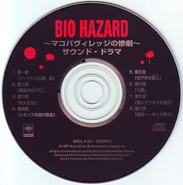 Retrieved from "https://residentevil.fandom.com/wiki/BIO_HAZARD_%7EMakoba_Village_Tragedy%7E_SOUND_DRAMA?oldid=848397"
Community content is available under CC-BY-SA unless otherwise noted.