Bats are an order of flying mammals. Three forms of bat have been encountered.

Infected Bats are any species of bat infected with the t-Virus. They were first seen in the Umbrella Executive Training School, where they had taken up residence in the church above the laboratory following the outbreak caused by Queen Leech. The virus caused the bats to exhibit much more aggressive behaviour, as well as a slight increase in body mass.

Several bats were also encountered by Rebecca Chambers and Richard Aiken in the underground area of the Spencer Mansion.

There were also infected bats on Rockfort Island during the viral outbreak, but these showed no sign of increased size, instead they have heightened awareness and attack in swarms,[1] but could be deterred by light or usually avoided by walking instead of running around them. Simply equipping the lighter will prevent the bats from harming the player.[2]

During the 2002 outbreak in South America, fruit bats which fed on t-Virus-infected fruit plants also became infected, displaying the standard heightened aggression and a small increase in size.

Although typically the only sign of infection was increased aggression, a few bats in particular mutated to an enormous size. The mutations took a heavy toll on their body, causing multiple muscle tears in the animals' enormous wingspan.

In Resident Evil 6, bats can be seen at the cave visited by Jake Muller and Sherry Birkin, they never drop items or Skill Points, but will instead give the player the "Killed an animal" medal and killing them also counts for a set of Web Badges on RESIDENT EVIL.NET. 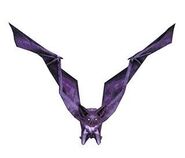 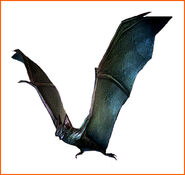 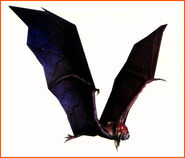 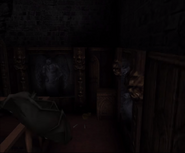 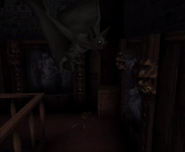