Ben Airhart (c.1985-24 December 2012) was a member of the BSAA on Chris Redfield's squad in Edonia. He was killed at the age of 27 in an attack that wiped most of the squad out on December 24, 2012. The deaths of Ben and the others caused Chris to leave the BSAA and attempt to drink his guilt away. Six months later, Piers Nivans managed to use their deaths to convince Chris to come back to the BSAA and assist with the outbreak in Lanshiang.[1]

Ben Airhart in the City Hall of Edonia 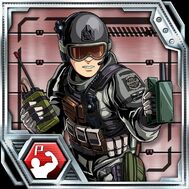 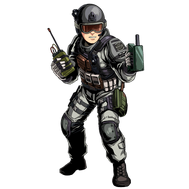 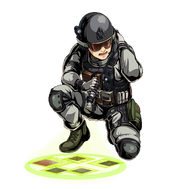 Retrieved from "https://residentevil.fandom.com/wiki/Ben_Airhart?oldid=811518"
Community content is available under CC-BY-SA unless otherwise noted.