The theme features custom icons, two static backgrounds and sound effects taken from the menus of Resident Evil, the background theme is replaced by the Save Theme from the game. 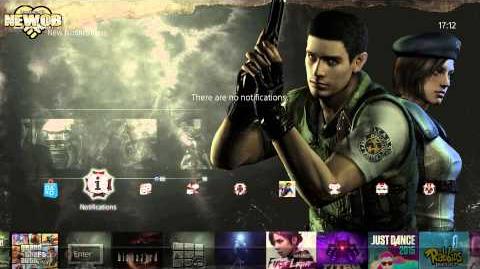 Updated preview in the site without the RE0 icon