The Chainsaw Man is a burly, chainsaw-wielding villager with a burlap sack over his head while wearing typical farmer clothing in addition. He can be detected by the sound of a chainsaw revving nearby. Due to his size, sack mask and unique weapon, he is very easy to tell apart from regular villagers.

The player can obtain a Bottlecap modeled after the Chainsaw Man. His bottlecap name is displayed as "Dr. Salvador" and his sound effect is the one played when he attempts to attack the player. He is one of the regular prizes that can be won when playing Game B. 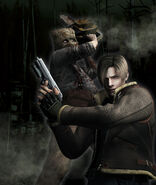 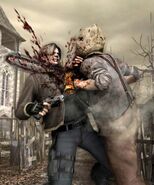 On the cover of the GameCube version of Resident Evil 4. 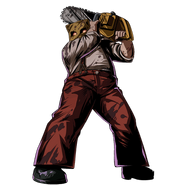