Colliding with the Antarctic Base

C-130 Hercules approaching the Antarctic Base

Colliding with the Antarctic Base is a full-motion video scene in Resident Evil CODE:Veronica.

Claire and Steve are able to see the Antarctic Base in the distance. The surrounding area is full of all the other planes that left Rockfort Island which were also rerouted to the base. The sea plane collides with the ground and approaches one of the base's main buildings at high speed until it crashes through the wall and stops. 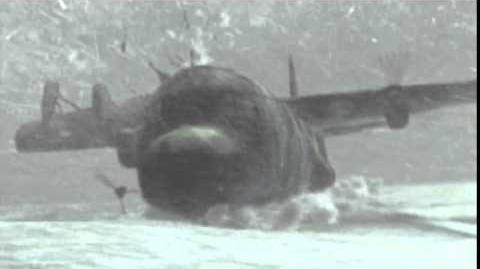 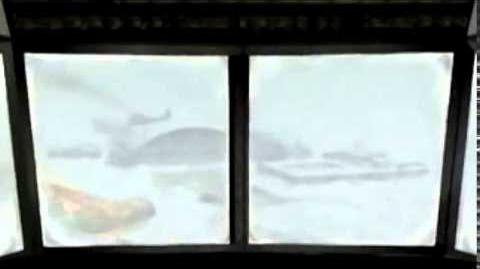 Claire Redfield: "Hey!"
"Those are the sea planes that left the island right before us!"

Steve Burnside: "Then that must mean..."
"This place belongs to Umbrella!"

Retrieved from "https://residentevil.fandom.com/wiki/Colliding_with_the_Antarctic_Base_(scene)?oldid=797576"
Community content is available under CC-BY-SA unless otherwise noted.