Dorothy Lester was a patient in the hospital located in the Arklay Mountains, and the wife of the hospital administrator, Al Lester. She was terminally ill, and was given drugs derived from the t-Virus by an unnamed Umbrella Corporation-owned shell company.

The drugs began to slowly infect her, intensifying her hunger level until she became a zombie, killing the journalist Kurt and eventually being consumed by the infected plant in the hospital's basement. Her husband, by then an infected psychopath, eventually came to think of the plant itself as being Dorothy. Taking on the persona of the Axe Man, he would lure travelers to the hospital and murder them in order to feed them to "Dorothy."

When a group of survivors fleeing the t-Virus outbreak in nearby Raccoon City, one of whom was Kurt's friend, Alyssa Ashcroft, were lured to the hospital, they discovered the truth and killed the giant plant to escape, causing it to expel Dorothy's decomposed corpse. Her husband cradled the body, as the hospital began to collapse, both being crushed by falling debris.

Dorothy can be unlocked as a playable character in Resident Evil Outbreak File #2. She's a Cindy-type character. Dorothy starts in FINE condition with a Blue Herb (perfect for the herb kit she comes with). She has an exceptionally high health level for a Cindy-type, with it somewhere between 3100 and 3500. She has a speed of 0.86%, an infection rate of  1.38% per minute, and an attack multiplier of x0.83.[1] 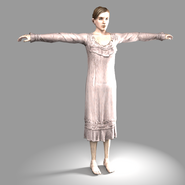 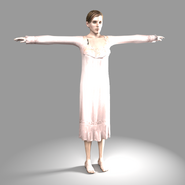 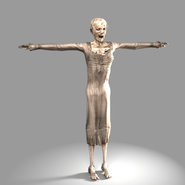 Decomposed body
Add a photo to this gallery

Retrieved from "https://residentevil.fandom.com/wiki/Dorothy_Lester?oldid=754429"
Community content is available under CC-BY-SA unless otherwise noted.