The eye is a popular image depicted in the Resident Evil franchise. It has been frequently used as a background for start menus, and is usually the eye of a monster. 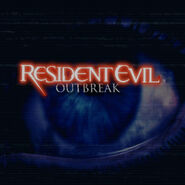 Resident Evil: Revelations 2
Add a photo to this gallery
Retrieved from "https://residentevil.fandom.com/wiki/Eye?oldid=671141"
Community content is available under CC-BY-SA unless otherwise noted.