The Ink Ribbon (インクリボン, inku-ribon?) is a save block type used for the early games of the series up until Resident Evil: Dead Aim. Since ink ribbons could only be found lying around, not dropped by enemies, there was a set amount in the entire game. Since there was a limit on ink ribbons, there was a limit on the overall amount of times the player could save in one game. Ink Ribbons continued to be used throughout the series until Resident Evil Outbreak and then Resident Evil 4, at which point they were abandoned in favor of a 'normal' saving method. 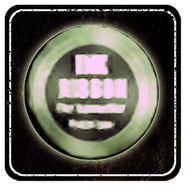 Resident Evil 2 remake.
Add a photo to this gallery

Retrieved from "https://residentevil.fandom.com/wiki/Ink_Ribbon?oldid=806868"
Community content is available under CC-BY-SA unless otherwise noted.