watch 04:21
Wiki Targeted (Games)
Do you like this video?
Play Sound

Invasion of the Huge Creatures No. 14

This event featured a single, giant Ironhead by the name of "Dreadnought". As would be typical with the gametype, he was too far away to inflict damage on the players, but would receive damage from any weapon. He was successfully defeated by a multitude of players scoring hits on him. It was defeated before May 8. 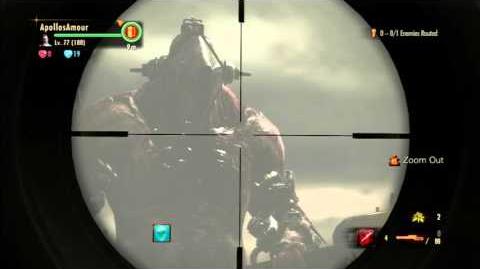 Revelations 2 - Invasion of the Huge Creatures No. 14 gameplay
Event gameplay
Add a photo to this gallery

Retrieved from "https://residentevil.fandom.com/wiki/Invasion_of_the_Huge_Creatures_No._14?oldid=865367"
Community content is available under CC-BY-SA unless otherwise noted.