Accidental
The "Leech Man" was a mass of t-Virus infected leeches which used a parasitised human body as a means of movement. Only one is known to have existed, and was destroyed in the Raccoon General Hospital in September 1998. The Leech Man and similar mounds of leeches in the outbreak are comparable to Mimicry Marcuses, though worked differently.

An unidentified strain of t-Virus made its way through the sewers of Raccoon City in the weeks leading up to Operation: NESTWRECKER. One of the mutants which resulted from this localised outbreak was the Giant Leech, which later asexually produced a colony of its own. These leeches were studied by Umbrella USA, who took note of their tendency for sticking together to form large bodies, which were compared with reports of the Mimicry Marcuses. As the outbreak spread, the leeches made their way into the hospital itself, and began directly feeding on people, hunting those with wounds in particular. One such victim was Dr. Hersh, who the leeches completely covered and killed while blood draining. Rather than leave his body behind, the leeches clung to him as a means of maintaining shape, and used his body like a puppet to get around faster.

The Leech Man seems to be the result of leeches forming a collective consciousness similar to Dr. James Marcus' leeches, though are noted to be different.

The Leech Man only has one driving force, which is to feed. The Leeches that control it appear to constantly be hungry for blood and will favor already bleeding targets over healthy ones. Because of this single driving force however, it is very easy to distract the Leech Man by luring it with blood packs. Once it finds a blood pack it will begin lapping the blood up, keeping it preoccupied for a bit and ignoring the survivors, even if they walk past it.

The Leech Man used the ventilation system to move throughout the rooms, and would enter through a vent cover in the ceiling. The leeches formed an invincible shield around the host, making it impossible for physical damage to do anything but temporarily weaken it. Also, gunfire was extremely ineffective, doing less damage to it than a tackle. Though it was essentially just a cadaver with leeches, the Leech Man was significantly stronger than any normal Zombie.

Leech Men should not be confused with the Mimicry Marcus, which are individual masses of leeches who assume a humanoid shape. 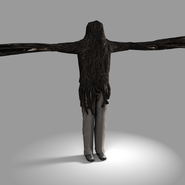 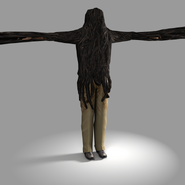 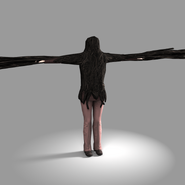 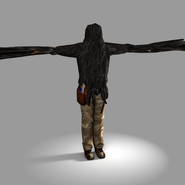 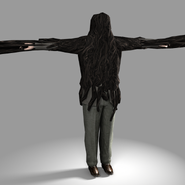 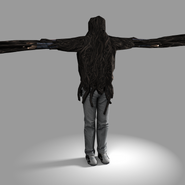 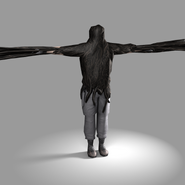 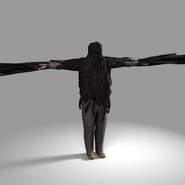 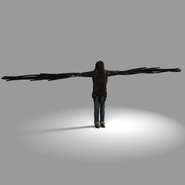