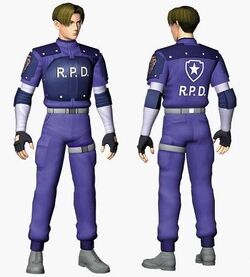 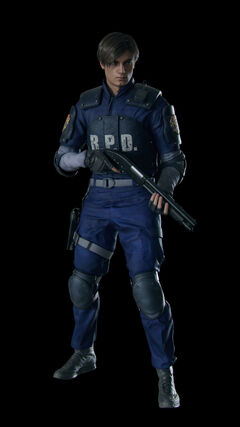 This outfit is used again as an alternate costume in 2019 remake as the graphics of the game appears much more realistic similar to Resident Evil 7: Biohazard. Leon's brown hair resembles his current hairstyle in both Resident Evil 6 and Resident Evil: Vendetta and his primary attire became dark blue and his vest is dark gray. 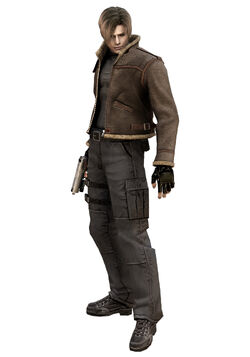 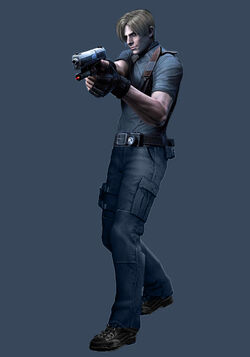 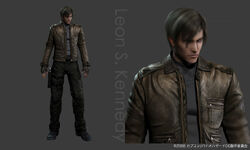 Retrieved from "https://residentevil.fandom.com/wiki/Leon_Scott_Kennedy/notes?oldid=828197"
Community content is available under CC-BY-SA unless otherwise noted.