The Ooze is a B.O.W. variant that serves as one of the primary enemies in Resident Evil: Revelations.

Researchers gave them the name Ooze as their bodies secreted a slimy substance which prevented them from drying up. Due to their innate ability to constantly produce this "Ooze", it would give them the flexibility to slip through various cracks or gaps to chase prey.

Appearance-wise these creatures retain a relatively human form though resemble bloated corpses. The T-Abyss virus has mutated mainly the fore-limbs and head of the victim. The head of the creature splits halfway where the victim's nose would be to reveal its leech-like tongue retracted inside the esophagus, which is lined with small sharp teeth used for cutting into victims and draining them of their fluids.

Their movement pattern is awkward and unpredictable due to their feet mutating into crooked stumps. The reason for this is unknown but theorized it could be to aid in maneuvering through vents and small spaces. This gives them an odd shuffling gait as they "walk" forwards. Despite this oddity, they make use of the falling forward momentum to pick up speed when assaulting prey.

Typically only male victims of the t-Abyss virus become Oozes; female victims instead tend to become Sea Creepers (with at least one notable exception).

There are several types of Ooze, each which display different characteristics:

Standard Oozes are your basic enemy, however, they should not be taken lightly as they can appear unexpectedly from anywhere. Their attacks are:

The Pincer Ooze are more agile and can take more punishment compared to the Standard Ooze. They rely heavily on their claws to damage and incapacitate the player. Their attacks are:

This variation of the Ooze does not have any apparent leech-like tongue. It only has one but quite damaging attack:

Jill and Chris fighting a Tricorne in Raid Mode.

Jill crawls away from a "Pincer" Ooze. 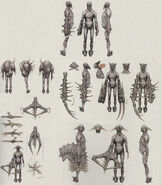 Chris and Jessica engage an Ooze during story mode.

The comparison of the Ooze in the HD version and the original 3DS version. 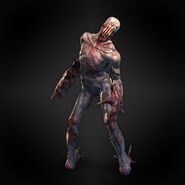 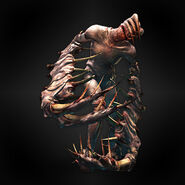 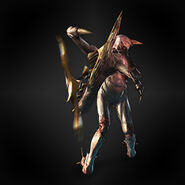 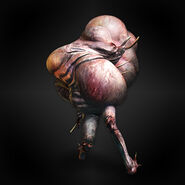 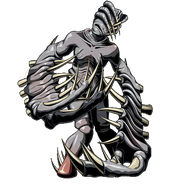 Ooze in Ghost Ship Panic
Add a photo to this gallery

Retrieved from "https://residentevil.fandom.com/wiki/Ooze?oldid=827311"
Community content is available under CC-BY-SA unless otherwise noted.