Parker acts as Jill's AI controlled partner up to Episode 8. However he is played during the following segments,

Parker's Melee attack involves him stepping in and preforming a clothesline.

Parker is playable in Revelations' Raid Mode. In his Costume 2 & 3 he uses the basic large knife with the swing motion while his Costume 1 has the axe. His axe is stronger than the knife and is swung diagonally.

Parker is an obtainable diorama figure on ResidentEvil.net awarded as a random prize through using a Genesis Scratchcard. Up to 30 of each of his figures can be acquired. 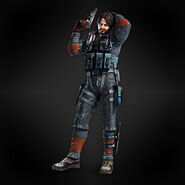 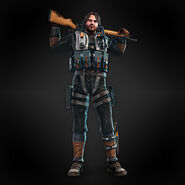 Parker 2 Diorama Figure
Add a photo to this gallery
Retrieved from "https://residentevil.fandom.com/wiki/Parker_Luciani/gameplay?oldid=755642"
Community content is available under CC-BY-SA unless otherwise noted.