Start a Wiki
watch 02:27
The Loop (Games)
Do you like this video?
Wildstorm universe
(Covers information from the D.C. comics)

Patrick Brady was a security guard at the Raccoon Zoo who, after his experiences in dealing with infected animals, was recruited into S.T.A.R.S.

When a mutated William Birkin attacked the Raccoon Zoo, Patrick was the only guard who survived the monster's initial assault (his friends Blanky and Steiner weren't so lucky). Thanks to a radio transmission from Leon S. Kennedy, Brady got the idea to overload the zoo's electrical grid and blow it up, hopefully taking the mutated animals along with it. After fighting his way to the utility shed, Brady succeeded in disabling the grid's safety override, and the resulting surge of energy blew up the entire zoo. Brady survived the explosion, but was infected by a G-Virus-infected prairie dog, which was then systematically killed by a mop-up team sent by Leon. A S.T.A.R.S. medical team successfully reversed the effects of "G", though he retained the ability to sense the presence of "G"-infected organisms.

Patrick joined S.T.A.R.S. thanks to his experiences in Raccoon City. During a mission to the Arctic, Patrick was infected with the experimental "X-Virus" and transformed into a grotesque beast. His teammates' attempt to cure him with an antidote failed when it was revealed the treatment was too late. As a result of this, they were forced to kill him.[1] 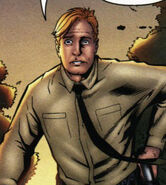 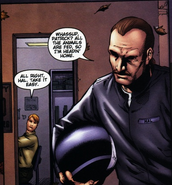 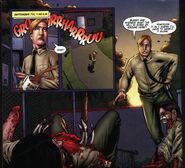 Retrieved from "https://residentevil.fandom.com/wiki/Patrick_Brady?oldid=695474"
Community content is available under CC-BY-SA unless otherwise noted.