The Raccoon Forest (ラクーンフォレスト?) is an expansive forest that lies north of the ruins of Raccoon City. It is considered to be an old-growth forest, that is a forest that has attained great age and biodiversity without significant human interference. The Arklay Mountains are located within the forest,[1] on its western side.

The forest has had fairly limited human influence outside of the establishment of Raccoon City downhill. The only known settlement within the forest is Stone Ville. A hospital was also located deep into the forest, and may have been close to this community.

The forest was considered to be a treasure trove for its complex local ecosystem.[1] Its abundance allowed for significant evolution of the RNA-based t-Virus in the event of a viral outbreak, a fact which then-Umbrella virologist Albert Wesker understood well.[2] 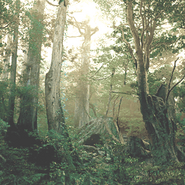 Raccoon Forest, as seen in a file extracted from "flashback" 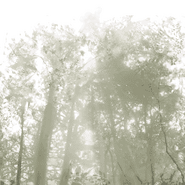