Resident Evil: Extinction is a 2007 science fiction action horror film. It is the third installment in the series of film adaptations based on the Capcom survival horror series Resident Evil. The film follows the amnesiac heroine Alice, along with a group of survivors from Raccoon City, as they attempt to travel across the Mojave desert wilderness to Alaska and escape a zombie apocalypse. The film was directed by Russell Mulcahy.

The following is a list of release dates worldwide. As cited on the official Resident Evil: Extinction website, where it shows World Wide Release dates[1] 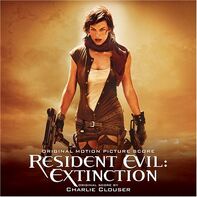 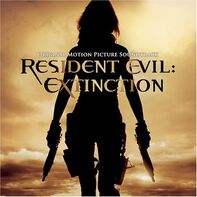 Resident Evil: Extinction - Original Motion Picture Soundtrack is the final 'various artists' soundtrack in the series. It includes music from groups such as Shadows Fall, Flyleaf, Aiden, Poison The Well, Emanuel, Collide, and Bayside. The European release features bonus tracks by Overkill and Nightwish, while the Japanese release features Koda Kumi's "Last Angel" which was heavily used in the Japanese promotional material. The soundtrack was promoted on MySpace in August and released on September 18, 2007.

The film also features the use of "In-A-Gadda-Da-Vida" by Iron Butterfly, which is not included on the score. The song used in the film's teaser is "I Know It's You" by The Crystal Method which neither appears in the film nor on the soundtrack.