The first build of this demo was released in Japan. The Trial Edition has a number of differences from other versions, utilizing more prototype content. The second build of the game that was released internationally, the Preview, is nearly identical to its Japanese counterpart. This is the earliest playable build of the retail version of Resident Evil 2.

Sometime later in the following year, a second version of the Preview demo was released on several demo compilation discs. This demo is based on the retail version of the game, offering very few differences.

The game follows the Leon A path starting from the City Area and ending at the Raccoon Police Station. All cutscenes along the way are available, but all full-motion video and the retail prologue are absent.

The first two releases that are exclusive to the Director's Cut allow players to explore the police department until reaching the S.T.A.R.S. office where the demo ends. In the later version of the Preview, the player can walk anywhere around the surface levels of the police department, with the basement being locked out. A 10-minute timer is also added in this version which results in a "You Died" screen once it reaches zero. The counter continues during cutscenes and while examining rooms and will only stop while the game is paused, while using the computer at the front desk, during door transitions, or while the inventory screen is open.

The main menu features different options in each release. In the Trial Edition, an "Information" menu has a trailer for Breath of Fire III and a playable demo of Mega Man Legends (titled Rock Man Neo here). The international Preview lacks these features. The later Preview has a difficulty selection option which was absent in the Director's Cut releases. The available difficulties are "Easy" and "Normal".

The later Preview has all of the same gameplay elements from the retail game with very few changes. It is even possible to obtain the Special Key without modifying the game.

None of the demos feature full-motion video and only those released with the Director's Cut feature an opening prologue. 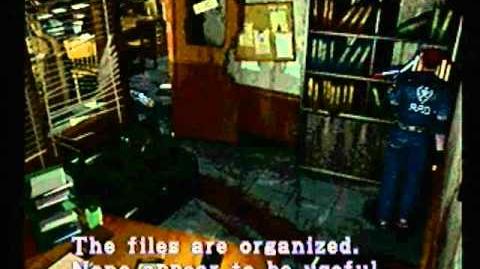 Resident Evil 2 - Preview Demo
Footage of the first Preview demo.
Add a photo to this gallery

The title screen for the second Preview release.

The trailer and demo featured on the Trial Edition.

The 10-minute timer in the second Preview demo.

Brad is able to appear in the second Preview.

Leon's alternate R.P.D. costume.
Add a photo to this gallery

Retrieved from "https://residentevil.fandom.com/wiki/Resident_Evil_2_Preview?oldid=741159"
Community content is available under CC-BY-SA unless otherwise noted.