Sometime after Resident Evil 6 was officially announced for PC, Capcom had worked with Valve over the possibility of releasing a crossover between Resident Evil and the Left 4 Dead series.[1] The crossover produced exclusive content for both games. The free content for each game was released to Steam on April 4, 2013.[2][3]

The Resident Evil 6 expansion added content to The Mercenaries No Mercy gameplay mode. The main cast of Left 4 Dead 2—Coach, Nick, Ellis, and Rochelle—were added to the character roster, as well as two new enemies, the Witch and the Mini Tank.[4] While playing as these characters, the music tracks used in the stages and results screen are changed to Left 4 Dead 2 tracks. These additions are compatible with the standard characters in the game, allowing the Resident Evil 6 cast to combat the same enemies and partner with the new characters.

In Left 4 Dead 2, three enemy skins from Resident Evil 6 were added to the Steam Workshop as the "Official Resident Evil 6 Collection": Napad as the Tank, Ogroman as the Charger, and Lepotica as the Boomer.[5] Featuring no official character skins in the collection, Valve encouraged users to add their own custom Resident Evil 6 characters to the Workshop.[6] 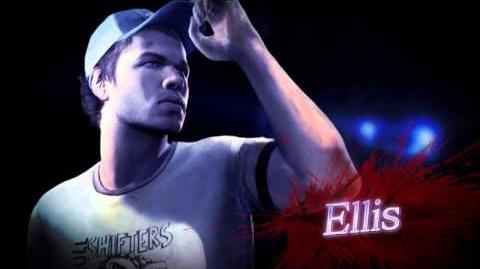 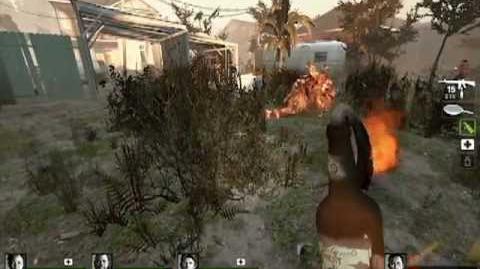 The Left 4 Dead 2 survivors in The Mercenaries No Mercy. 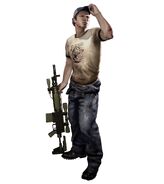 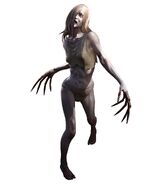 Official render of the Witch for Resident Evil 6. 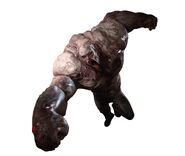 Official render of the Mini Tank for Resident Evil 6.