The game is compatible with both the PlayStation 3 traditional Dualshock wireless controller and the Move controller.

The game was released with positive reviews.

The game includes both of the Chronicles games, compiled in full HD graphics and Dolby surround support.

The game is unchanged in terms of levels, models and story. However, most sounds and textures have been changed or removed and some subtitles have been fixed. For example, in Darkside Chronicles, Leon behind the gun shop says: "Something must be rotting," but the subtitles in the Wii version read: "Something's rotting." This has been fixed in the PlayStation 3 version. 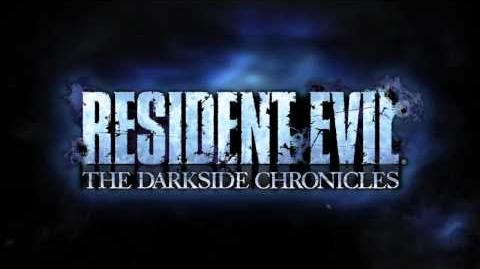 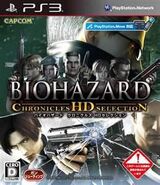 Japan cover art
Add a photo to this gallery

Retrieved from "https://residentevil.fandom.com/wiki/Resident_Evil_Chronicles_HD_Collection?oldid=844936"
Community content is available under CC-BY-SA unless otherwise noted.