Resident Evil Gaiden (バイオハザード外伝 , Baiohazado Gaiden?) is a Resident Evil game for the Game Boy Color first released on December 14, 2001. While the technical implementation of the title was done by the now defunct British company M4 Limited, two employees of Capcom were involved with the development as well. Shinji Mikami served as an adviser for the game and the story was created by Hiroki Katō, the director of Resident Evil CODE:Veronica.[1] This game is non-canon, as its plot is contradicted by the main series in key parts, and its events are ignored.[2] 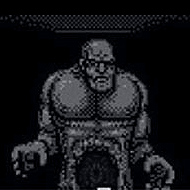