Outbreak File #3 (tentative) is the name given to the shelved contents of Resident Evil Outbreak which were ultimately never released.

A handful amount of media footage and screenshots can be found of the cut-out scenarios and areas during the development of Outbreak which did not make it in either Outbreak itself or File 2 ever since it started development as Resident Evil: Online (Network Biohazard).

On the other hand; a rather large chunk of data which includes scenario NPC characters and enemies are leftover, the characters were likely intended to be unlocked the same way File 2 characters are unlocked in File 1. Another rejected feature that did not make it into final releases was a 4-player split-screen feature that was showcasing during the Online / Network Biohazard phase of development.

Using cheat devices such as the Game Shark on Resident Evil Outbreak and File #2 people are able to hack/unlock some hidden character skins which are thought to be from the unreleased Resident Evil Outbreak File 3. The cast of unlocked characters includes HUNK; star of Resident Evil 2's "The 4th Survivor" mode; Ginger and Laura, both of whom are template characters for female zombies; Amelia, the woman yanked through the roof by the Mega Bite during "Underbelly"; Bone, a man who was intended to be a friend of David King; and several other members from the U.S.S. and the U.B.C.S. as well as other citizens. Below is a list of these Characters:

Zombie templates are people/NPCs that appeared as zombies or may have appeared alive once like Amelia eventually to become zombies that would later appear in File 1, File 2 and Umbrella Chronices but were to be unlockable as skins like other NPCs. Most generic (unimportant) NPCs such as Chuck, Amelia and Roger have generic names in File 1, like "MAN1", "WOMAN1", etc.. and are likely Zombie Templates. Below is a list of these people:

A lot of enemies that didn't make the cut and didn't (officially) appear in either File 1 or File 2 are left over in the game's files and can be found by hacking the date. Below is a list of some of these enemies that are known.

During the development of Resident Evil Online (Biohazard Network) by October, eighteen different scenarios were confirmed to be in-development, with even more in the concept phase.[1] Only 10 of these scenarios made it in both Outbreak and Outbreak File 2, leaving the 8 other (and possibly more) with an ambiguous status/fate, a few of these are known.

All scenarios shown in early media publications and didn't make it in either File 1 or 2, may have been scheduled for a later release; and can be seen below:

Initial Logo of "Outbreak" in Japan

Mary (NPC) being carried in an unknown scenario.

A room inside "A Day In Raccoon" Hotel

Outside A Day in Raccoon Hotel

A room inside A Day in Raccoon Hotel 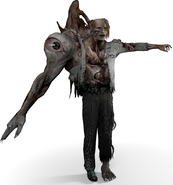 William G1 as he appears in RE:Outbreak (RE: Online) Trailer.

Birkin's shadow, seen in the intro of Outbreak 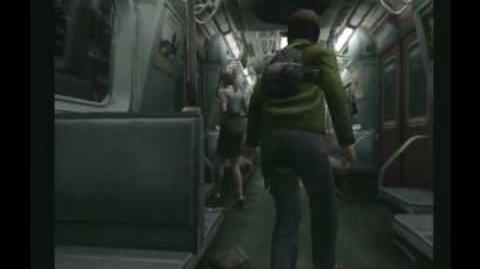 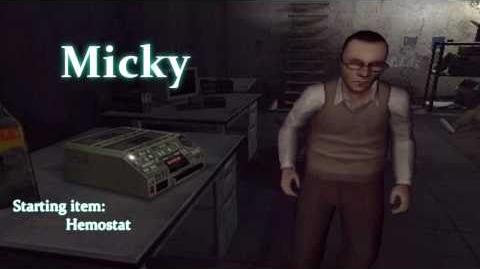 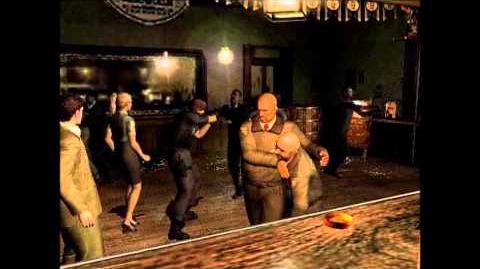 Retrieved from "https://residentevil.fandom.com/wiki/Resident_Evil_Outbreak_File_3?oldid=782688"
Community content is available under CC-BY-SA unless otherwise noted.