Satoshi Nakai (中井覚, nakai satoshi?) is a freelance artist known for his role in the late 1990s and early 2000s as Flagship's principal artist. He worked on character creature sketching for both Resident Evil 0 and Resident Evil CODE:Veronica.[2][3]

Nakai found his way into the development of Resident Evil CODE:Veronica by being an acquaintance of Katsuji Aoyama, who worked for Nextech.[4] When Capcom outsourced development of the game to Nextech and TOSE, Nakai was hired to work with the Flagship team create the story, and worked with Hirohisa Soda and Noboru Sugimura, coming up with character, costume and creature designs.[5] Nakai wanted the characters of Hilbert and Hilda Krueger to have ties to Nazi Germany, adding to Sugimura's idea that Umbrella's founders were obsessed with eugenics. However, the Nazi connections were removed later in development, and the two Kruegers were renamed Alfred and Alexia Ashford.[4] As the game's lead designer for creatures, Nakai is credited with the Nosferatu and Bandersnatch enemies, but an enemy that was rejected was an alternative to the T-103 boss, which instead had a clearly mechanical heart.[4]

His association with Flagship earned him a place on other games in development at the time. Attached to Studio 3's Resident Evil 0, Nakai envisioned a cast of civilians with the protagonist being a girl called "Annie". This early design was soon after rejected in favour of re-using the S.T.A.R.S. Bravo Team featured in Resident Evil, and Annie was reimagined as Rebecca Chambers. Another design was of a female Tyrant, which was later made male and became the Proto Tyrant (T-001 Model) boss.[6] The game went into development hell, and when it was retooled for the GameCube, Nakai was no longer available and artists Yoshihiro Ohno; Shinsuke Komaki, and Shinkiro were brought in to continue the work.[citation needed]

The other project Nakai was working on at the time was BIOHAZARD 3, a PlayStation game which was in production for a few months in 1998. It was scrapped entirely when Studio 4 gained a development kit for the PlayStation 2, producer Hideki Kamiya having decided the game had to be completely refreshed to take into account the new features the console could allow. Nakai had created rough drafts of human-plant hybrids to populate an infested cruise ship.[4] The project changed rapidly on the new console and later became Devil May Cry. 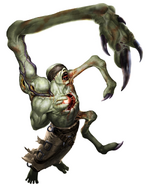 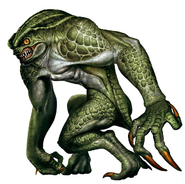 Zombie 2
Add a photo to this gallery

Retrieved from "https://residentevil.fandom.com/wiki/Satoshi_Nakai?oldid=801626"
Community content is available under CC-BY-SA unless otherwise noted.