Shotgun Shells are fairly common ammunition items found in every Resident Evil game, though usually less plentiful than Handgun ammunition. They are, as their name would imply, used in conjunction with a Shotgun. The shells are often described as "12 Gauge".

RE1 and Director's Cut shells

RE2 and RE3 shotgun shells

RE5 and Revelations shotgun shells 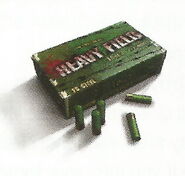 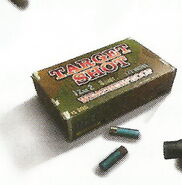 RE6 and Revelations 2 Ingame Icon 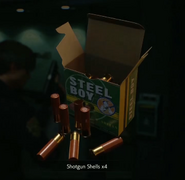 RE2 (2019)
Add a photo to this gallery
Retrieved from "https://residentevil.fandom.com/wiki/Shotgun_ammunition?oldid=796159"
Community content is available under CC-BY-SA unless otherwise noted.