The Bar[1] is an area of the Spencer Mansion, located on the west-wing's ground floor.

It is a bar brighten by the stylish shape lamps placed on the wall. Most of the floor is wooden made. There is a counter with few seats, behind is the collection of alcohol drinks that are stored on the shelf. A grand piano is placed at the middle of the room, with a plant behind.

In the 2002 Remake, the floor was made black and white tiles instead of wood. There is a counter made of oak, with it some seats. A grand piano and a picture of the Mansion are also placed inside the bar.

Though in both the original and remake version, the secret entry leads to a small hidden passage. The passage was composed of a large glass mirror where the Greenhouse can be viewed. There was also a statue with a gold emblem embedded on it.

In the original Resident Evil and its 2002 Remake, player can find a Music Notes on the shelf. Then, they can use it on the piano:

After player played the music notes, a secret room will open where inside contain a Gold Emblem. It can be switch with the Emblem in the Dining hall.

Jill watches, as the secret door open.
Add a photo to this gallery 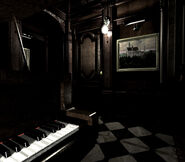 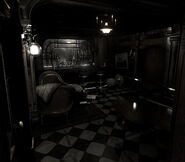 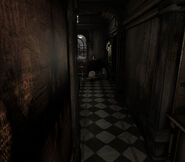 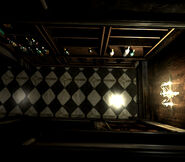 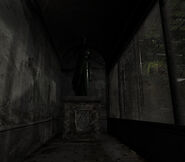 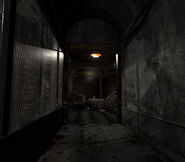 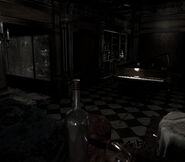 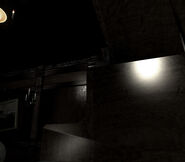 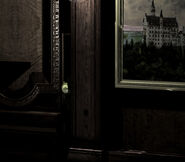 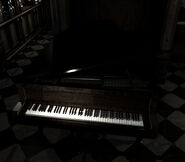 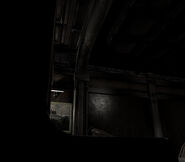 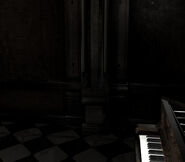 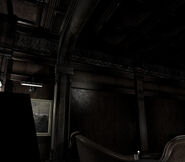 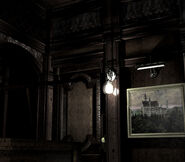 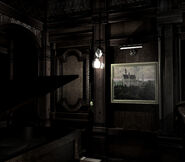 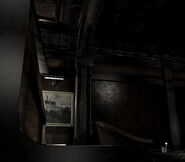 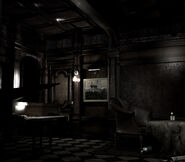 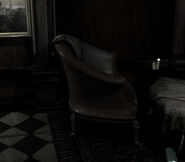 Retrieved from "https://residentevil.fandom.com/wiki/Spencer_Mansion/Bar?oldid=729488"
Community content is available under CC-BY-SA unless otherwise noted.