Cemetery behind the hall

Cemetery behind the hall

The cemetery behind the hall is an area behind the Spencer Mansion featured in the Resident Evil remake. It can be accessed through a door in the entrance hall at the top of the central staircase, as well as through a secret door in the large gallery after solving a puzzle.

The Mansion Graveyard is filled with multiple graves. The back gate is connected to the large gallery. There is a hidden passage beneath the statue of the angel, with a long staircase leading down into an underground crypt. The crypt area is composed of four statues, an indentation where the Book of Curses lies and a suspended coffin. It is also lightened by burning torches.

Two zombies can be found wandering around the Mansion Graveyard. The Arrowhead from the Golden Arrow can be inserted into the statue of an angel in this location, which opens a hidden passage to the underground crypt.

The Book of Curses can be found on an indentation. The book contains the Sword Key embedded on its back cover. There are four statues which require the Death masks to release the suspended coffin. These death masks can be found as follows:

Once all of the masks are placed on each statue, the suspended coffin will be released. The Crimson Head Prototype 1 will awaken from the coffin as the gate to the underground crypt closes down. The player must defeat the creature for the gate to open again.

Afterwards, the Stone & Metal Object can be found inside the coffin. It can be used to unlocked the door to the Shed.

"There's an indentation in the shape of an arrowhead."

"A book fitted perfectly in the indentation."

"A statue with a hole where the eyes should be."

"A statued with holes where the eyes, nose, and mouth should be."

"A statue with a hole where the nose should be."

"A statue with a hole where the mouth should be." 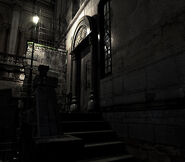 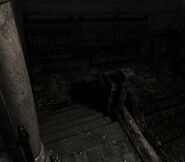 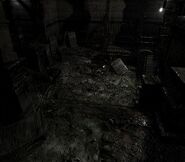 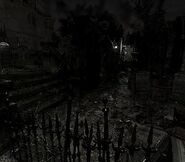 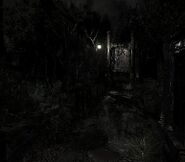 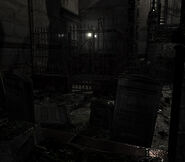 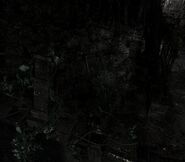 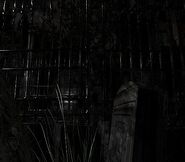 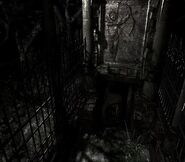 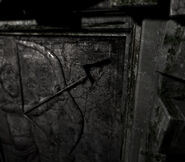 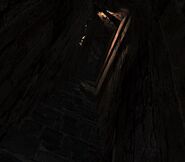 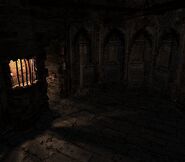 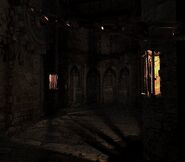 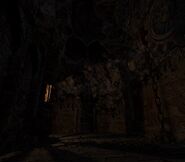 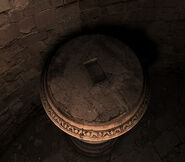 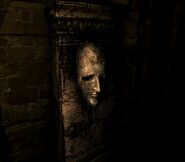 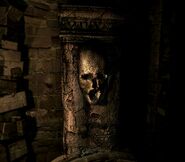 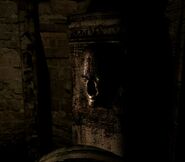 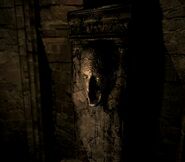 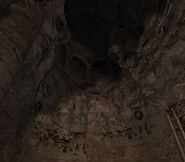 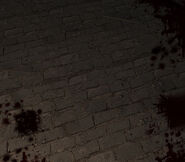 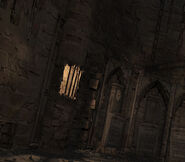 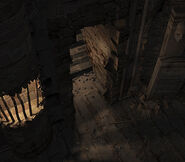