The Greenhouse (温室, Onshitsu?)[1][2] is an area of the Spencer Mansion, located on the first floor of the west wing. This area is featured in Resident Evil (1996) and its remake.

It is a small room with a fountain built at the center. There is an old water pump located at the back. A pipe from the pump is connected to the fountain. This room also contains green herbs along the wall on some benches.

A Monster Plant is encountered in this room, living in the water fountain. It will prevent the player from obtaining Red and Green Herbs  with its vines. In the 1996 original game, its role is to guard the Armor Key on the other side of the fountain; in the Director's Cut arrange mode it instead guards the Sun Crest. In the 2002 remake, it  guards one of the Death Masks.

To obtained the Death Masks or the Armor Key safely, a chemical is needed to killed the Monster Plant. The chemical can be obtained from the Outdoor area for Remake, or West storeroom in the original Resident Evil. In the original Resident Evil, the chemical simply has to be placed in the pump, immediately killing the plant. However, in Remake, there are two ways to use the pump. Pressing green will distribute the herbicide to the green herbs, rendering them useless. Selecting red will pump at the center of the fountain, killing the fountain plant. 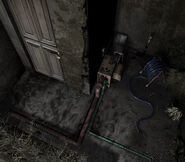 The Greenhouse in the 2002 remake 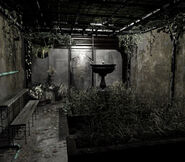 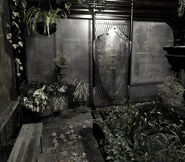 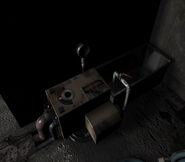 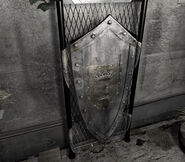 A glitch allows the player to bypass having to obtain the chemical in the original game by manipulating the plant's tentacles.[3]

Retrieved from "https://residentevil.fandom.com/wiki/Spencer_Mansion/Greenhouse?oldid=744414"
Community content is available under CC-BY-SA unless otherwise noted.