The Tea Room (ティールーム, Tī rūmu?)[1] is an area of the Spencer Mansion, located on the first floor of the west wing. Connecting directly to the Dining hall, it is here that the player encounters the first zombie of the game. In Inside of BIO-HAZARD, the room is otherwise known as the "Corridor with a rest stop" (休憩所のある廊下, Kyūkeisho no aru rōka?).[2]

The tea room is a corridor, with a small square section for drinking beverages. In both the original Resident Evil and the GameCube Remake, it is the area where you first encounter a zombie devouring your comrade Kenneth. After visiting the Guardhouse, the room is inhabited by two Hunters, or Web Spinner if playing the Director's Cut. You can also find two magazines of ammo for your Beretta pistol on Kenneth's corpse.

In the Remake, the tea room now connects to a number of other rooms, including the Kitchen and the west wing stairway. Also, instead of finding ammo on Kenneth's corpse, you can collect the film from his camera.

Head over to the small lounge-like area where the player will encounter a Zombie feeding on the mutilated corpse of S.T.A.R.S. Bravo Team member Kenneth J. Sullivan. In Chris's scenario, player can find two handgun clips from Kenneth corpse.

One Hunter will be faced later, upon returning to the Mansion from the Dormitory.

The west side of the room now leads to the brand-new Birdcage corridor. The 1F Elevator Room has been merged with the corridor, meaning the room connects directly with the Kitchen. A film can be retrieved from Kenneth's body and later played using the A/V equipment in the Laboratory.

The Tea Room has a few unexpected enemy encounters. These will trigger after the player has met certain requirements.

For more info on the locations described above, as well as a map, see: 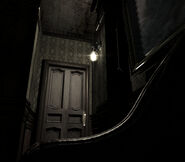 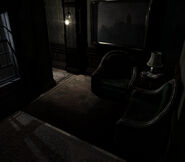 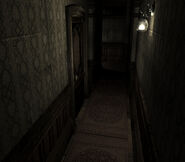 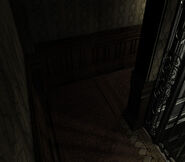 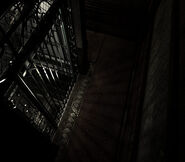 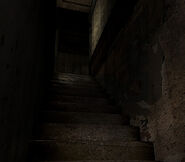 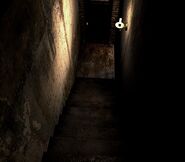 Retrieved from "https://residentevil.fandom.com/wiki/Spencer_Mansion/Tea_room?oldid=841686"
Community content is available under CC-BY-SA unless otherwise noted.