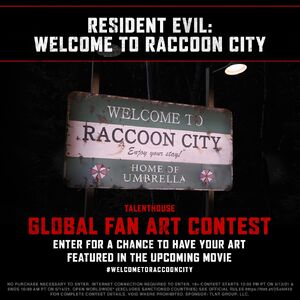 The contest was announced on May 13, 2021, and involved entrees submitting fan art inspired by the Umbrella Corporation for a chance to win a cash prize and their work to appear in the movie. The end date for submissions was June 14, 2021 with the winners announced around the end of July.

A second contest was opened on October 8 2021, and held through October 21, 2021 and involved creating artwork posters inspired by the official trailer revealed earlier that day. The winners was officially announced on November 9, 2021 with the end date for submissions being October 21 and selection period takes place between the 21st - 25th.

By Santiago Mesa from Columbia

By Alon Paul from US

By Mario Angel Medina from Argentina

By Uriel Landa from Mexico 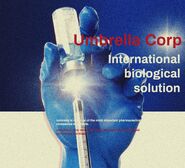 By Kengio Nakamura from Columbia

By Fauzan Bunz from Indonesia

By Abhijith Ps from India

By Niels van Hoeckel from Netherlands

By Carina Fernanditha from Indonesia