The Making of Resident Evil 5

The Making of Resident Evil 5

The Making of Resident Evil 5 is a documentary which was sold as a bonus disc in the Resident Evil 5 Limited Collector's Edition. It consists of interviews and behind-the-scenes footage, following Jun Takeuchi, Masachika Kawata, Yasuhiro Ampo, Karen Dyer and Reuben Langdon.

The documentary begins in Los Angeles, showing footage of the production team meeting with American film-makers to divide their responsibilities over story boarding and motion capture and how to streamline development. Takeuchi explains that this is the result of Capcom HQ insisting on cinematics that are of Hollywood-equal quality. Jim Sonzero, director of the 2006 film Pulse, was hired as Cinematics Director by Takuya Shibata of Just Cause, who were in over-all control.

Chris Redfield is played by Roger Craig Smith and Reuben Langdon, who represent the face and voice, and body respectively. Smith likes Redfield's diversity, being calm under pressure most of the time, and only becoming volatile in extreme circumstances. When asked about his work as Albert Wesker's body double, Ken Lally describes wanting to create a man who feels an environment rather than observing, always raising his chin as if relying on his hearing alone, even talking with Excella Gionne from the side rather than committing his eyes and ears to her alone. Describing the two characters, Takeuchi sees Wesker as representing the darkness of mankind, epitomizing greed and ego in contrast with Chris, and making their duality a fight between dark and light.

Karen Dyer, Sheva Alomar's actress, face and body double, talks about going through a great deal of time to create her character. Unfamiliar with firearms, she says she had to go through training and certification in handguns and rifles, and especially had to learn how to do it left-handed like here character.

Location concept art was created by the American studio, yU+co rather than in-house by Capcom. Sent the script from Capcom, yU+co then created the storyboards with both. Touches were done by Sonzero himself.

Pre-vizualisation is shown to be handled by 'The Third Floor' with a team directed by Chris Edwards. These are rudimentary CG films that are essentially a moving storyboard. Cinematic Producer Shibata of Just Cause explains in his interview that pre-viz is becoming a common practice in film production for preparing complex action scenes, and can allow producers to estimate the cost of the real scene by viewing the pre-viz. Edwards upsells the necessity of pre-viz in gaming.

The Video Storyboard is introduced as the counterpart of the Pre-Viz. While the Pre-Viz is the rough estimate for the finished product, the video storyboard is the motion capture to create lifelike movement for the characters. The actors are shown getting haircuts and put into custume based on their characters so they can get the feel of their character. Fehren's motion capture shooting is paired up with the finished product to show how influential it was. Another actor cast as a Majini is shown giving prosthetics to have diseased-looking teeth end sickly eyes. Another actor is playing a Rider Majini. In the next sequence, Shibata is on set, observing as Sonzero directs Langdon and Dyer in front of a green-screen for the cutscene, "To the Crash Site!". We then see the finished version of this cutscene as the reference video, which combines the pre-viz CG elements with live-action footage of the characters as a visual template for the CG.

Motion Capture is shown being held at the House of Moves studio to expand on from the reference video and introduce more lifelike movements. The actors are now in motion capture suits rather than costumes. The documentary shows the recording of the cutscene, "Irving's Great Escape". Irving's actor, Allan Groves, is interviewed wearing a harness, which he deduces must mean he is to perform a stunt. This is shown to be the cutscene "The Patrol Boat", where Irving is being lifted up and strangled by Jill Valentine, the harness allowing him to be held up on a wall. A number of stunts are shown being performed on set for the cutscenes, including Chris and Sheva being thrown down a floor in "Rematch", and the Rider Majini's stunts in "To the Crash Site!", played with a bicycle for the sequences with Majini falling over, and with a real motorcycle for the chain throw. Actor T.J. Storm is shown performing the Ndesu, knocking over boxes that would become crates in the cutscene.

Props and sets are shown being designed so mocap accurately reflects the environments in the game. One example is the boat Chris and Sheva use to get to the wetlands, which is a wooden set with seats.

Pablo Chabez is introduced as the "Digital D.P." (Director of Photography/Cinematographer). His job is to use a special control to move the digital camera across the 3D environment of the pre-viz to determine where the camera is best placed. Takuchi is also happy with the new technology, and sees it as the future of game cinematics.

Shibata is very familiar with ADR and facial motion capture. Recognising the difficulties with synchronising face capture with ADR, Shibata decided they should do both simultaneously by hiring the same people. Kawata was reluctant due to the cinematic department's exceeding costs that Capcom would have to approve, but ultimately went ahead with it. Groves' performance in the cutscene "Irving's Web" is shown as an example.

Aspiring to a movie-length cinematic, Kawata flew Kouta Suzuki over to Los Angeles for his compositions to be recorded performed by a band in Los Angeles, with Wataru Hokoyama as conductor. In interview, Suzuki describes the game's attitude to horror as a state of panic rather than suspense, so has made sure his compositions take that into account. Suzuki describes being in tears witnessing his music being played.

Shibata talks about the "Little Box Studio", a small studio within a house that they were allowed to use without worry of time constraints at a busy studio. It is here that Oulimata Niang gives her performance for "Prey" under Vocal Recording Director Eric Gorfain, and where changes to the music recordings are made. 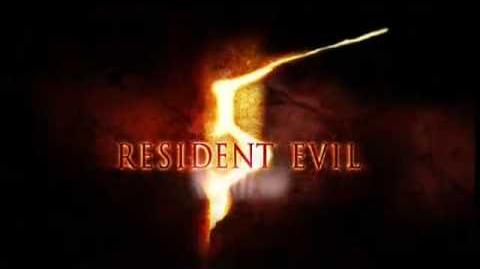 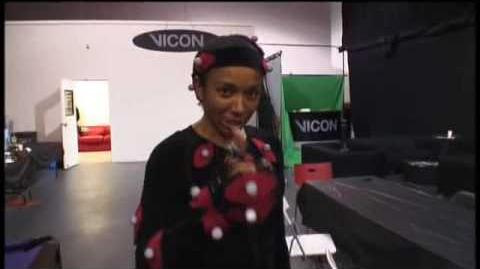 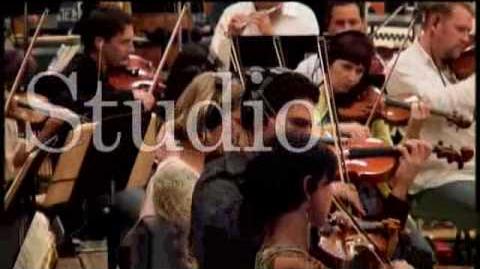 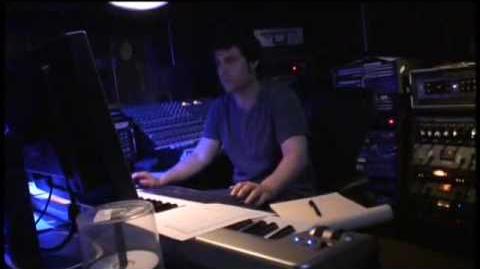