The Mercenaries United is a minigame available in the PS4, Xbox One and Switch[2] releases of Resident Evil 5. It is a combination of the game's The Mercenaries and The Mercenaries Reunion. All characters and stages from both modes can be selected from the beginning.[1]

The gameplay for Solo, Duo, and Splitscreen modes is the same as in The Mercenaries Reunion with the benefit of having both previous mercenaries modes cast all playable in one mode, while the announcer is randomized between Josh and Jill.

It also includes a No Mercy mode (named Unlimited Mode in the Japanese version) which is based on the original, previously PC exclusive mode of the same name, which is featured in the normal mercenaries mode only.

Albert and Excella in-game
Add a photo to this gallery 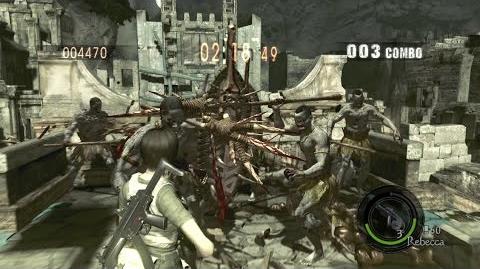 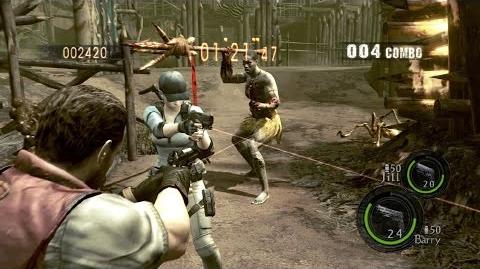 Retrieved from "https://residentevil.fandom.com/wiki/The_Mercenaries_United?oldid=808052"
Community content is available under CC-BY-SA unless otherwise noted.