The Tyrant-Armored Lethal Organic System, or T-A.L.O.S. (テイロス, teirosu?), was biologically engineered by the Umbrella Corporation to be the ultimate Bio Organic Weapon. It is a computer-controlled powered assault armour grafted onto the body of a Tyrant, T-011. 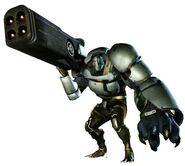 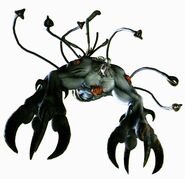 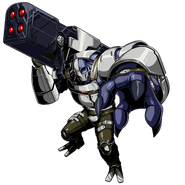 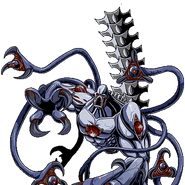 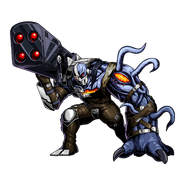 Retrieved from "https://residentevil.fandom.com/wiki/Tyrant-Armored_Lethal_Organic_System?oldid=795888"
Community content is available under CC-BY-SA unless otherwise noted.