The Underground Confinement Room (地下監禁室, Chika kankin-shitsu?) is an underground area of the courtyard.

Multiple candles are placed either on the floor or on the table which brightens up the place. A collection of various kind of dolls are put on top of a cabin, though all of them are faded and worn out. Further in, the path leads to an underground water passage heading toward another room that's composed of a bed, bookshelf, mirror and a picture. There's a ladder located on the wall, which head straight up into a separated path; going to the left will lead to another ladder going up toward the Cabin, going to the right will lead to a dead end.

From the Labyrinth tunnel, player will stumble into a room full of dolls and candles. Go further in toward the underground water passage where multiple Adders will slither around. After reaching the far side, player will come into a room composed of a bed, mirror and other furniture. Player can find a Jewelry Box containing a Stone Ring. The ladder lead to a separate path; player can find Red and Blue herbs by going toward the dead-end (Right), player can find another ladder going up all the way back to the Cabin (Left). 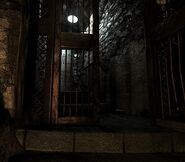 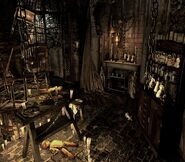 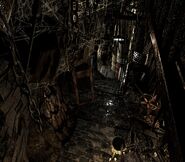 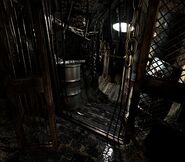 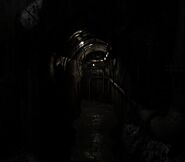 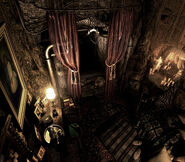 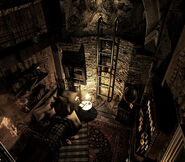 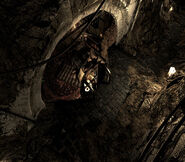 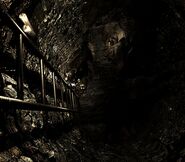 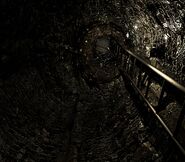 Retrieved from "https://residentevil.fandom.com/wiki/Underground_Confinement_Room?oldid=841767"
Community content is available under CC-BY-SA unless otherwise noted.