The communications officer of the Queen Zenobia was responsible for the emergency comms. room.

During the terrorist attack on the Queen Zenobia, the officer fled to the promenade hall, believing it to be a safe haven - and also for the food available. Unfortunately, on the second day of locking himself in alone, he discovered Ooze attempting to sneak in through the air vents. As a consequence, he was unable to sleep the next night, and became increasingly agitated, beginning to lose his sanity due to increase in fatigue and a viral infection he sustained sometime during the outbreak.

Based on his journal, he had become more and more delusional and confused. He interpreted his newly grown mutated head as a friend, continuing his collapse into insanity. Eventually, he mutated into an horrific monster known as the Scagdead, bent on eating any other survivors. He retained no consciousness, but repeatedly recited phrases he had spoken shortly before he lost his humanity. He was eventually eliminated by BSAA agents Jill Valentine and Parker Luciani. 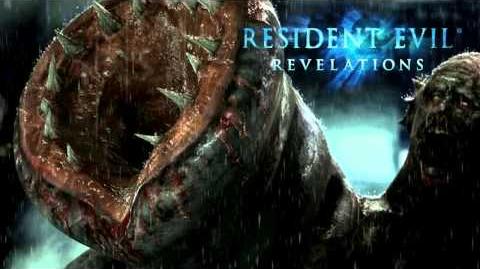 Retrieved from "https://residentevil.fandom.com/wiki/Unnamed_communications_officer?oldid=854279"
Community content is available under CC-BY-SA unless otherwise noted.