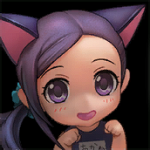 Hello, welcome to my page! My name is Donald, and I'm a 19 year old guy living on the island of Okinawa, Japan. I am half-Japanese, half-American, and a former military child. I am working towards being either a video game producer or an owner of my own company. I love sports, including basketball, football, and bowling, and in addition to Resident Evil, I play other video game series including Zero Escape, Silent Hill, and Mortal Kombat.

How I Got Into Resident Evil

The Resident Evil series is my all-time favorite video game series. I had first gotton into it several years back when my mom bought Resident Evil 4 for herself and played so much, she can now do a Professional, knife-only/no-damage run in her sleep! =) While watching her play, the characters, the bosses, everything, captured my imagination and I was hooked. We had a Wii, so we decided to get Resident Evil: The Darkside Chronicles, and I took turns playing with my parents. This introduced me to older games in the series and finally revealed to me what Raccoon City was.

My Favorite Things In The Resident Evil Series

Everything except for Resident Evil Outbreak.

Retrieved from "https://residentevil.fandom.com/wiki/User:JuneSlade?oldid=627597"
Community content is available under CC-BY-SA unless otherwise noted.