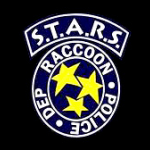 About me Hello. My name is Angelo and I have been playing Resident Evil since I was a little kid. My first Resident Evil game I played was Code Veronica X, but in time I ended up playing 9 of them and beating 7 of them. I originally came from the My Little Pony With Guns Call Of Duty Wiki. On that wiki, I was/Still am, the Resident Evil Fanboy of the wiki. I found out about this wiki shortly after I started becoming more active on the wikiverse. I decided to use my experiences and knowledge learned from the Call of Duty wiki to better this one. On the wiki, I am more of a community person than a serious editor, but whenever I see that an edit needs to be made, I will make it. I try and be as nice and openly honest as possible to everyone. Except for trolls. I hate Trolls...

Can Usually Be Found...

Art I Have Done

(If you want to play Resident Evil 5 with me, which I doubt you do but just in case, send me a message saying your from REWiki, and leave me your REWiki username as well so I know who I'm playing with. Thanks)

Resident Evil 4 | Gamecube | Multiple times, and on Professional once.

Resident Evil Code: Veronica X | Playstation 2 | finished with 99:99, accidentally left it on for a week.

Resident Evil 2 | Gamecube | Got about 80% done with it, then I had to give it back to blockbuster.

Resident Evil Outbreak | Playstation 2 | Died on the last boss. I got knocked to the floor, and because I had the Daylight, I had no Virus Gauge, and i had no one to help me up. I spent the next 15 minutes crawling up to the boss, hoping he could kill me while I was downed, screaming "KILL ME" at the TV. I eventully died, and had to start over after doing that for 3 hours straight. Instead of doing that, I said "F*ck that..." and quit.

There might be more but I forget at the moment.....

Resident Evil | [X] | Got the Ressurected Edition Double Pack with Apocalypse for $7.50 at K-Mart(The Irony).

Resident Evil: Apocalypse | [X] | My favorite movie of the trilogy

This was inspired by a random Blog post a while ago, and I figured I would add it up here with some minor revisions, and adding my own moveset. You can put this in your user page too, If you want.

Wikia's I appear in | Status | Rank

Put your name, or sig, here if you consider me a friend...

Pictures I Have Contributed

Not much of an actual contribution... but im putting it here for now.

Retrieved from "https://residentevil.fandom.com/wiki/User:Necromancer115?oldid=193495"
Community content is available under CC-BY-SA unless otherwise noted.