This set features an Albert Wesker Figure and a Hunter Figure.  Albert Wesker is capable of rotating his upper arms, his shoulders, his thighs, and his ankles. He is capable of bending his elbows, knees, and feet. His head is capable of being rotated 360 degrees and can pivot up and down. The Head can be removed and replaced with the alternative head that comes in the packaging. It does not come with a stand, however Wesker does have holes in his feet where pegs for a stand would go. Although the wrists appear to be rotatable, it would seem that they are not as they will break if one attempts to do so. The Hunter features shoulders that can be rotated and bent outwards, Elbows and knees with joints for bending, thighs that can be rotated, left fingers that can be bent and used as another support for the figure's weight in addition to its legs,  and a mouth that can be opened and closed. 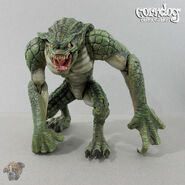 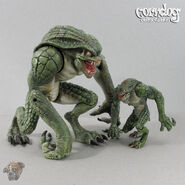 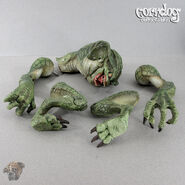 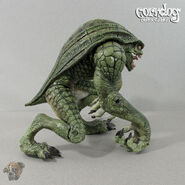 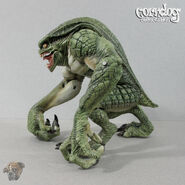 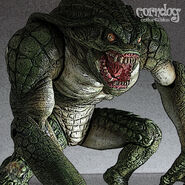 Retrieved from "https://residentevil.fandom.com/wiki/Wesker_%26_Hunter?oldid=767981"
Community content is available under CC-BY-SA unless otherwise noted.